Atlas Studios an Incubator Space for Creatives in Newburgh

View from Megan Galante, a textile artist’s, studio at Atlas

Business partners Joseph Fratesi and Thomas Wright happened on Newburgh by chance. “Tom was looking for an upstate place and we came up to look at Beacon,” recalls Fratesi, “and then we drove through Newburgh and we were just completely taken with the city. So it stayed in the back of both our minds.”

Today, they’re surrounded by their fellow creatives, with 40 studios humming with activity in the Spring Street facility and a waiting list of those who’d like to join the party.

“We wanted to establish a hub, an incubator, a way to bring together people who are passionate about creating.” 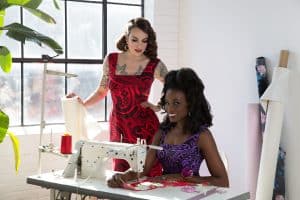 Then there’s Motomodular, where one can access something called the Space Case TE (Tape Echo) 2 that offers “a new tape echo for the modern vintage workflow,” which would seem to be a boutique-built synthesizer that musicians drool over.

There was nothing like Atlas Studios in the city of Newburgh before, and there may not be another place quite like it anywhere on the planet.

Fratesi and Wright did some of it with deliberation and curation. “We knew we wanted a ceramics studio,” says Fratesi, “so we put the word out to friends and someone told us about David and Jenny Moldover.

We spent a year looking at each other, talking and negotiating.”

The result: The Newburgh Pottery, a communal studio where potters of all skill levels come to work and learn and beautiful, useful items of all sorts are produced on commission.

“First we worked to raise the money to restore the place,” says Fratesi, “just hoping to pull it off. And we always knew we didn’t want to rent to just anyone who came along. 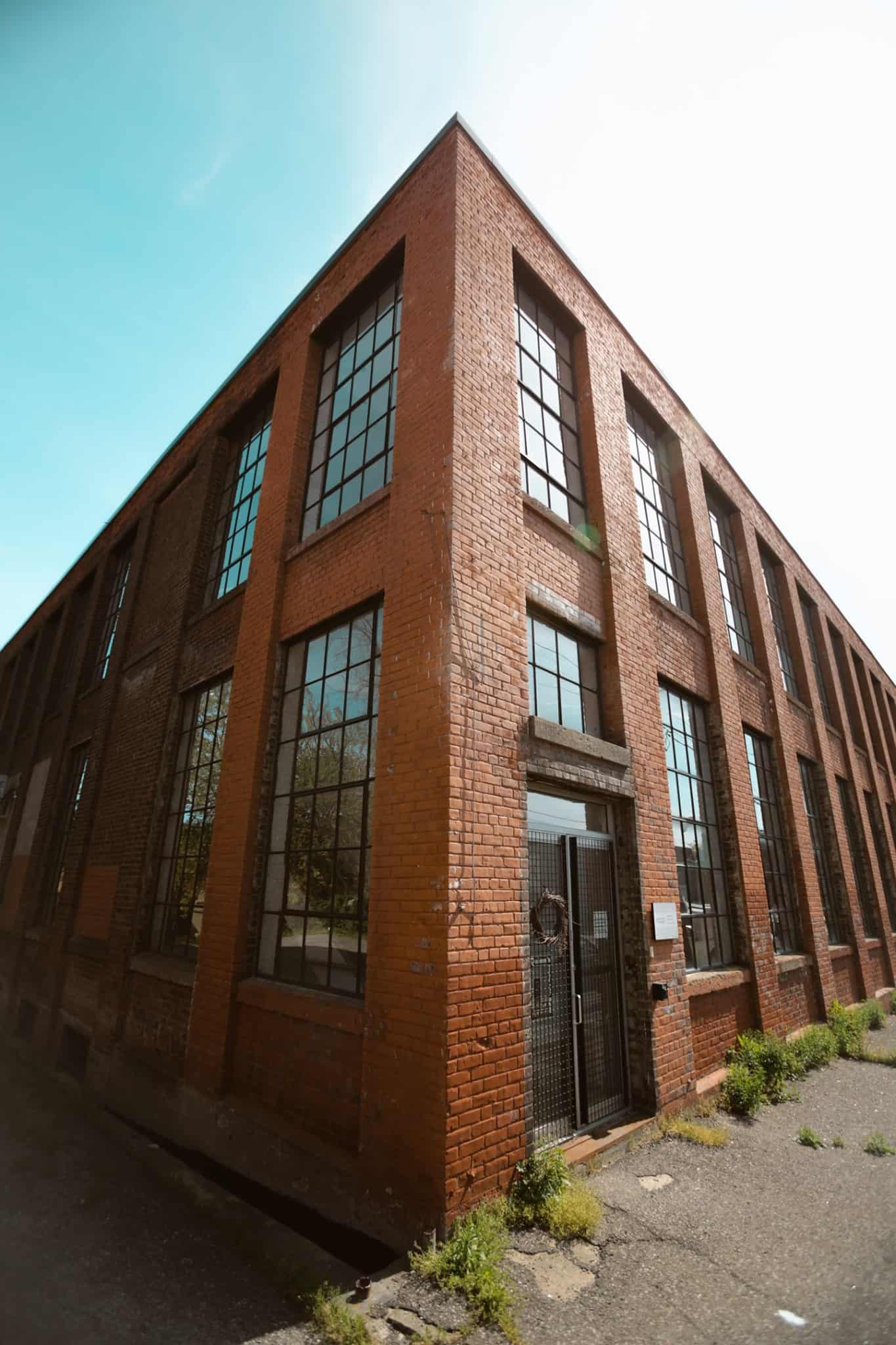 Photo of the South William Street entry to Atlas by Photographer Dean Brady via: 88 Studio

We wanted artists and creatives.  But what has evolved is such an amazing group that it’s mind-blowing. Walking through the hallways, seeing everybody, connecting — it’s really special, just the greatest.

“It’s impossible to really quantify, but to say that our expectations have been achieved would be a lie, because they’ve been so very much exceeded. What’s materialized here is beyond our wildest dreams, so beautiful and diverse. Some great collaborations have emerged.”

The public is invited into the Gallery for art shows, concerts, literary and film events, and to the annual Atlas Winter Market. Fratesi would like to do more of that. 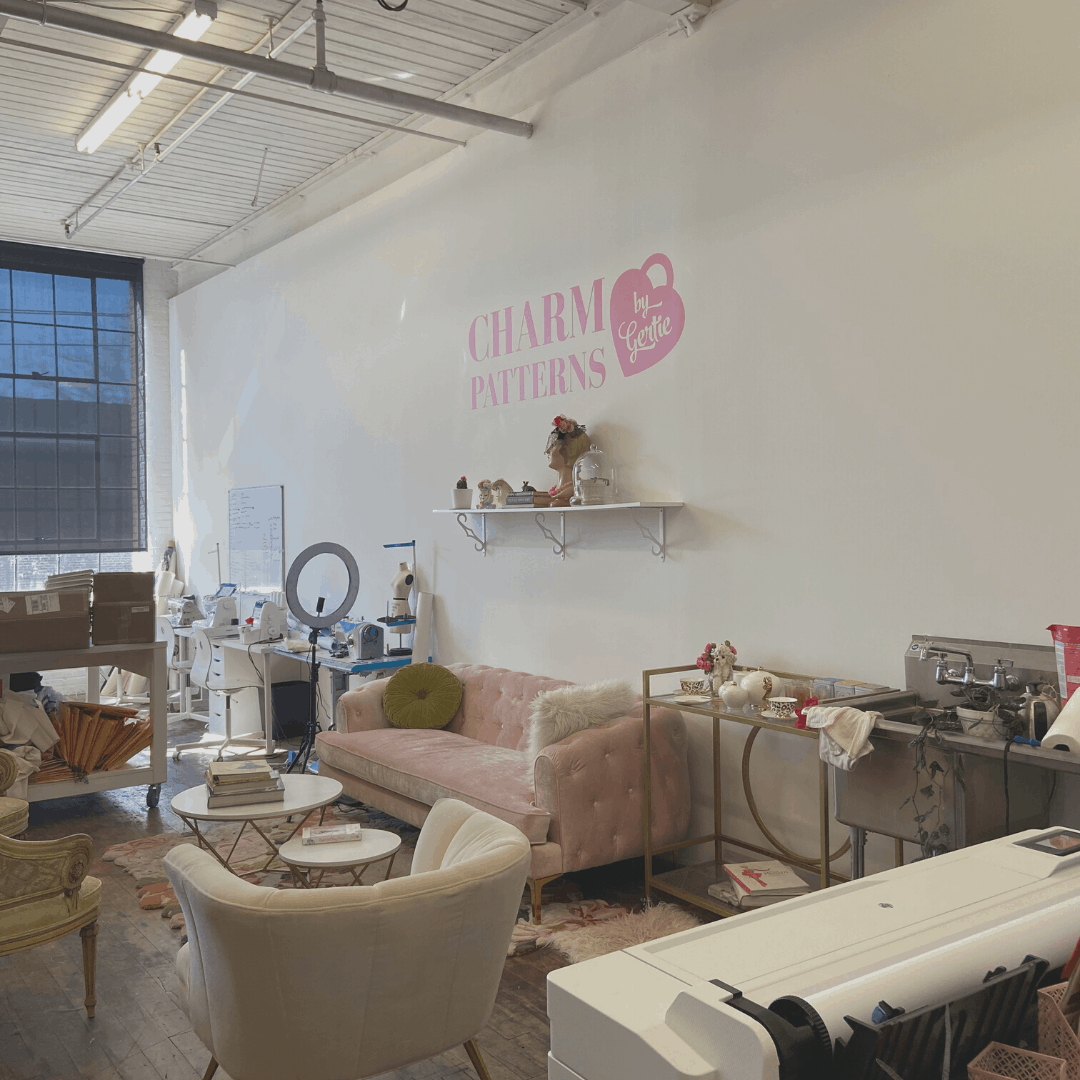 Charm Patterns is a pattern maker and sewing instruction platform for experienced as well as budding seamstresses with a flair for updated fifties stylings.

“I’d like to hold more consistent events and raise the profile of the gallery,” he says. “And my wife created a beautiful garden.” That garden was the perfect setting for last May’s inaugural Atlas Spring Market, previewed on Elledecor.com with a whisper that Martha Stewart might drop in.

That was in the mid-2000s, and when Atlas Industries, the design & manufacturing firm the two had co-founded in 1993, ran out of space in its Brooklyn location, Newburgh was a natural choice.

In 2012, the resurgence of Newburgh’s historic East End Historic District was just beginning, and not everyone thought the idea was brilliant. 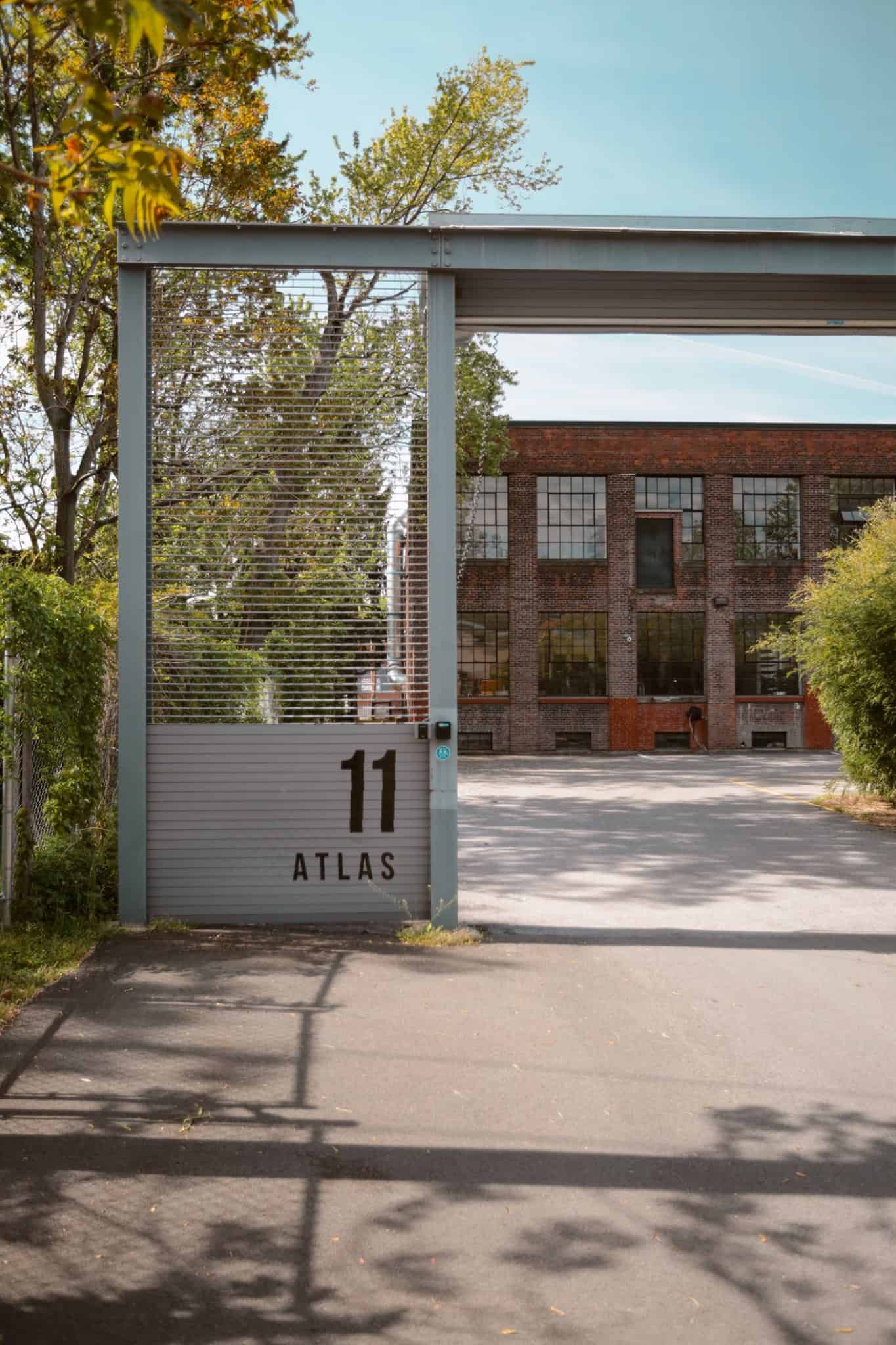 “We just didn’t consider anything else,” Fratesi says. “There were interventions! People sat us down and explained to us in elaborate detail that we were not thinking straight. At the time, there was not a single good piece of info out there.

“And there’s a difference between just moving somewhere and buying a big empty building and expecting lots of people to join you there. I guess that could be considered somewhat naive.”

But the two were anything but naive. “So I’d been there, you know, I have eyes in my head and I knew what I was looking at,” says Fratesi. “I trusted my instincts and intuition.

We’d seen neighborhoods in Brooklyn turn around, and this was such a beautiful city, with such amazing spirit and energy. Really, we never thought twice. I couldn’t imagine that it wouldn’t work.” 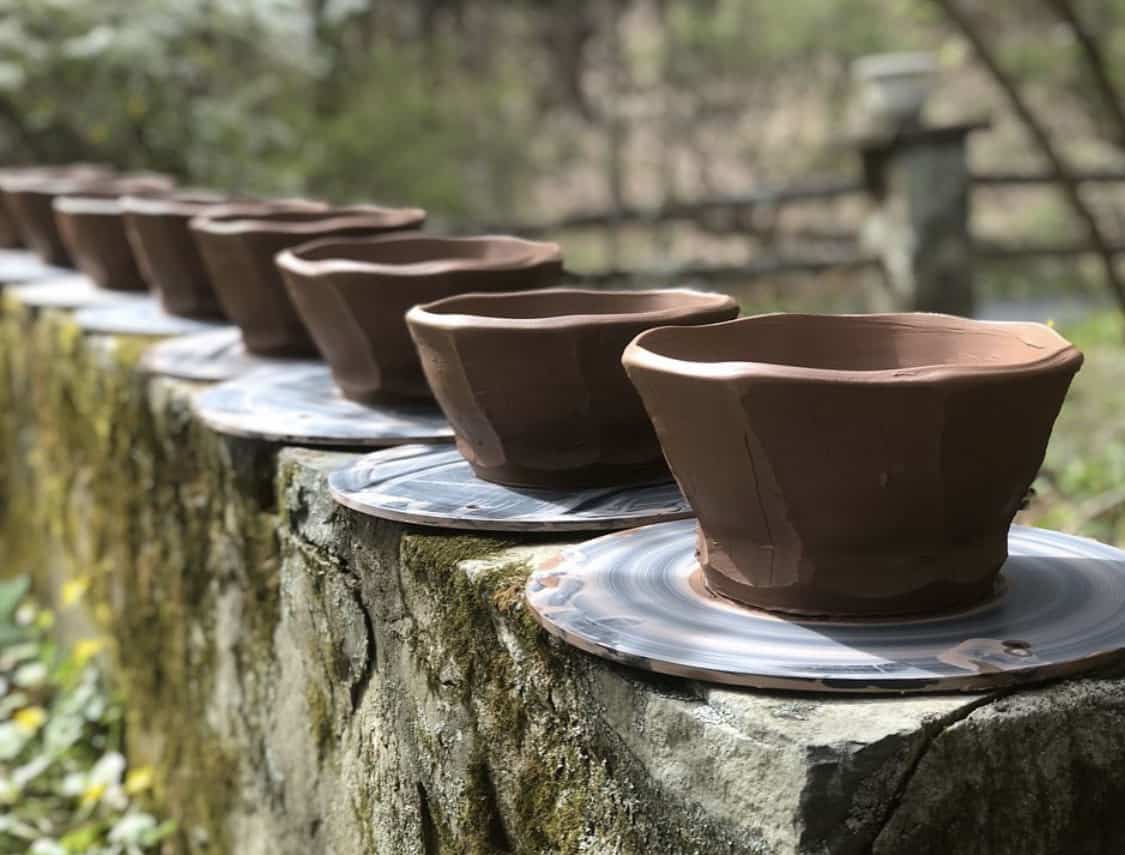 Pottery by made by The Newburgh Pottery, an Atlas tenant

So in 2012, the pair began turning the former factory, which had been constructed by a Middletown maker of worsted wool in the 1920s and seen many uses since, into a usable workspace.

And by 2014, they were ready to offer Newburgh something new: state of the art workspaces for artisans and crafters of all sorts.

Design and manufacturing work,” says Fratesi. “But we’re still the anchor tenant; we use a quarter of the building for our shop and offices. The studios happened because we enjoy being around other creative people.”

Events, of course, are on hold as of this writing (May 28th, 2020) because of the COVID-19 virus and associated guidelines.

So is production in the Atlas Industries factory, but not for long.

Thomas Wright and Joseph Fratesi in a photo by Wolfgang Wesener

“We always place top priority on the health and well being of our staff. The current challenges mean that we have added distancing guidelines and sanitizing to our safety protocols.

In addition, we are lucky to have a large shop relative to the number of people working in it, so distancing does not complicate our production methods. We ship much of our furniture, and that will resume as soon as the shop opens.

Installations, many of which take place in New York City, will, of course, have to wait until they can be done safely for our staff, and our customers.”

Atlas Studios’ tenants are working from home for now, following the state-mandated restrictions, but all public areas are sanitized daily so that makers can come pick up supplies and needed items in safety. 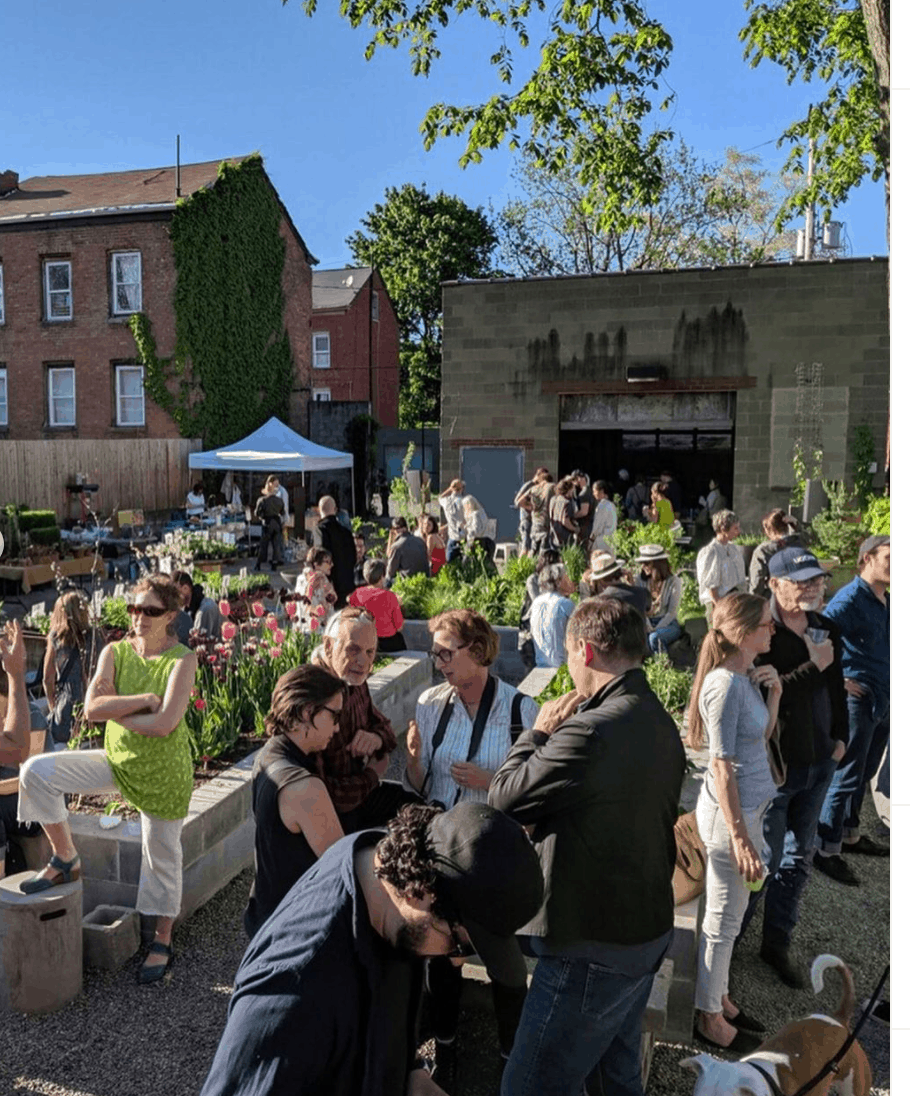 A summer gathering on the grounds of Atlas Studios. Guests mingle around a beautiful garden designed by Lindsey Taylor, Joseph Fratesi’s wife.

As Atlas has risen, so too has the neighborhood surrounding it — nobody’s subjected the team to an intervention in quite a while.

Fratesi is thrilled to see Wireworks taking shape across the street, a mixed-use project in an 1897 factory being transformed into bi-level loft apartments, live/work artist studios, a coworking space, and a commercial space ideal for retail or food and beverage.

“It’s a really magnificent old building,” he says, “and when the city put out a request for proposals, it was won by Sisha Ortuzar, a great guy and the perfect neighbor.” The $2.7 million renovations, designed by Manhattan-based firm Mapos and executed by Hudson Valley builders RL Baxter, is slated to open in summer 2020.

“This is such a great city with such beautiful things happening in it,” says Fratesi. “A lot of change has happened, most notably the creative energy — galleries, restaurants, shops, on Liberty Street and beyond. It’s a really wonderful time to be in business in Newburgh; it feels solid, as though it’s taken off.”