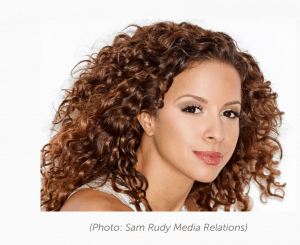 Newburgh, NY – Lexi Lawson, Newburgh Free Academy alumna, will return to her former high school on Tuesday, December 17th at 2:30 pm to speak with students about her experience as a Broadway star.

Lexi recently starred in Lifetime’s Always and Forever Christmas. Previously, Lexi has held roles in Power on Starz, in CBS’s The Mentalist, and in the film Ghosts of Girlfriends Past.

NFA dance teacher and musical director, Mrs. Mandy Clifford directed Lexi when she was in high school. This year, the NFA spring musical is In the Heights. Performances will be held on Friday and Saturday, March 13th and 14th at 7pm and Sunday, March 15th at 2pm in the NFA Main Campus Auditorium.

On Monday, December 23rd, Lexi will be performing O’ Holy Night with Lexi Lawson of Hamilton! at 7pm at Live at the Falcon in Marlboro.

Lexi Lawson joined Lin Manuel Miranda’s 11-time Tony Award-winning revolutionary phenomenon HAMILTON as the leading female role of Elizabeth Hamilton at the height of the show. Hamilton received a record-setting 16 Tony nominations, winning 11, including Best Musical and was also the recipient of the 2016 Grammy Award for Best Musical Theater Album and the 2016 Pulitzer Prize for Drama.

In 2017, Lexi was featured in Orange Magazine discussing her journey from Newburgh to the Broadway stage (pages 20-25).

Lexi is currently in the studio writing and recording original material and has recently lent her vocals to a track entitled Wordless (INSTANT LOVE / SONGS BETWEEN WOMEN) by Instant Records, celebrating mothers, daughters, sisters, friends, lovers and everything in between.