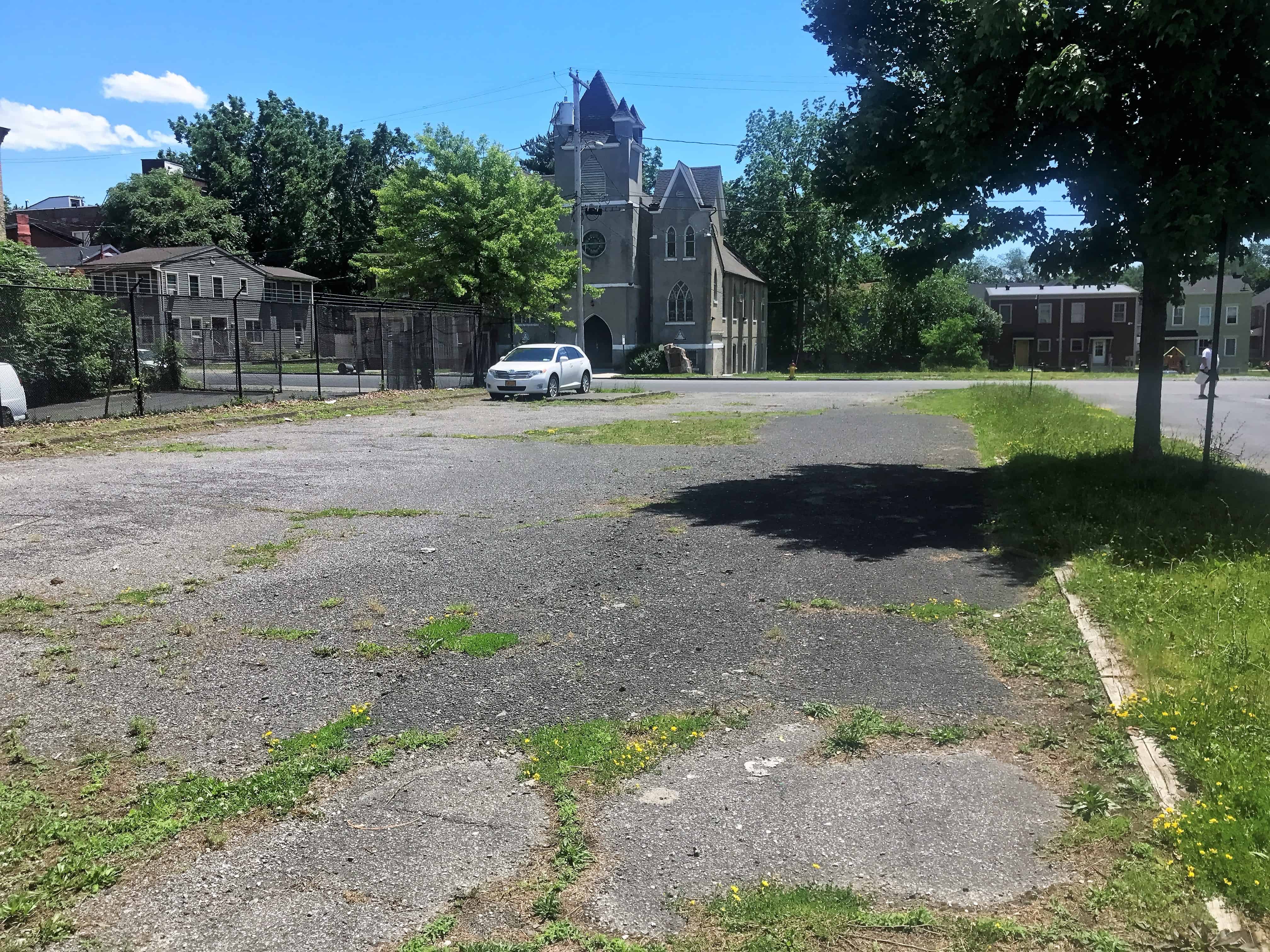 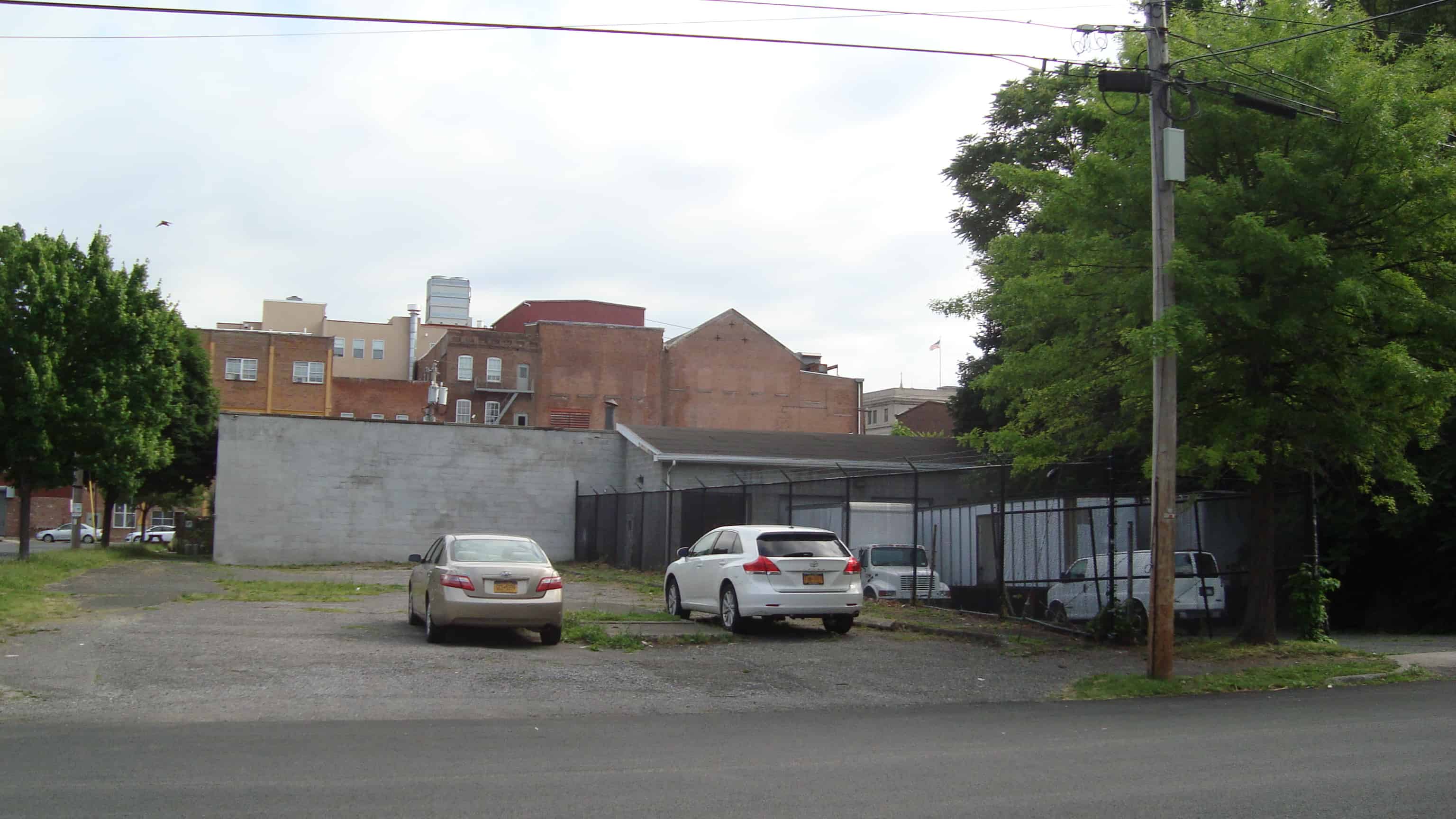 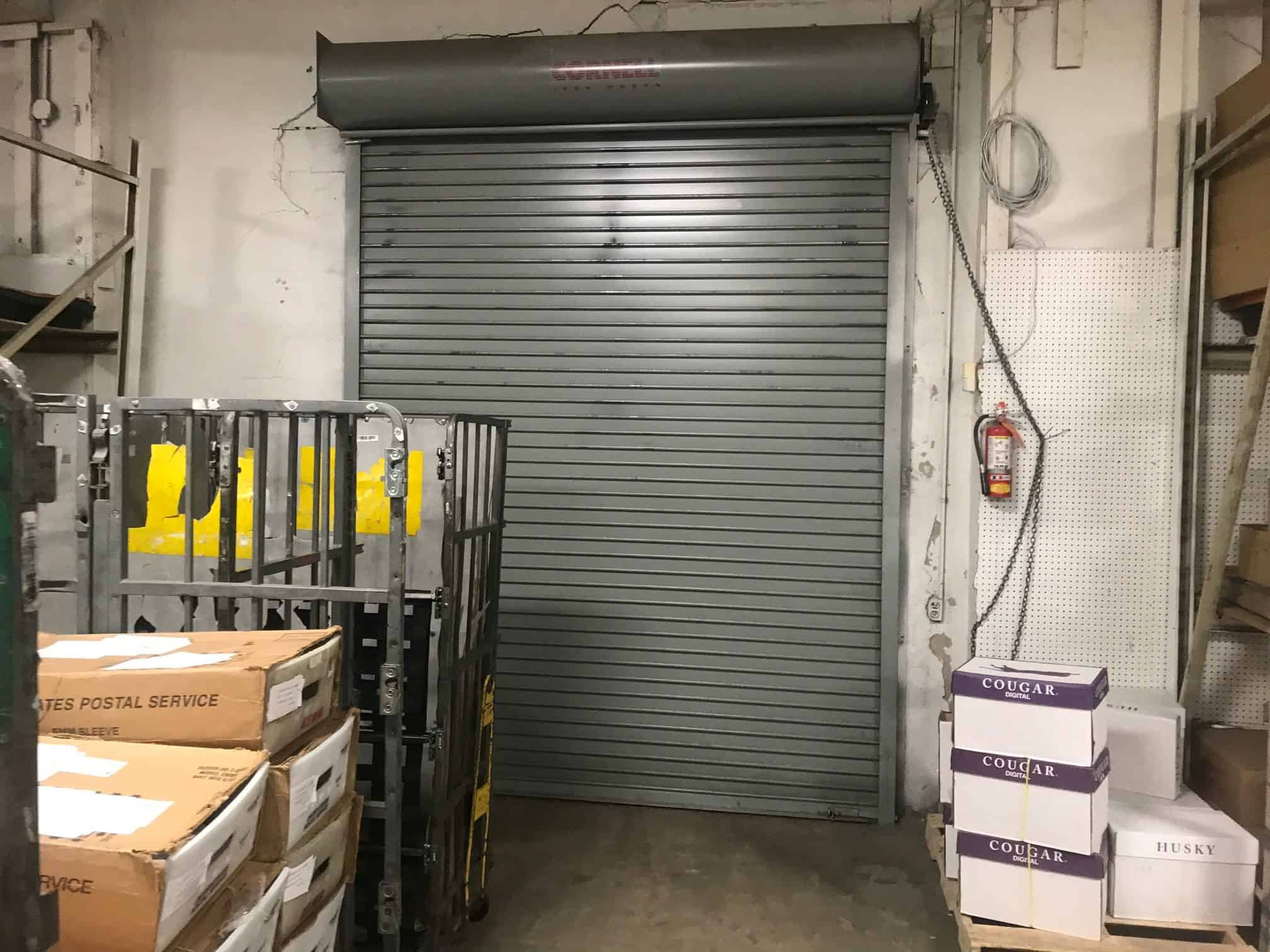 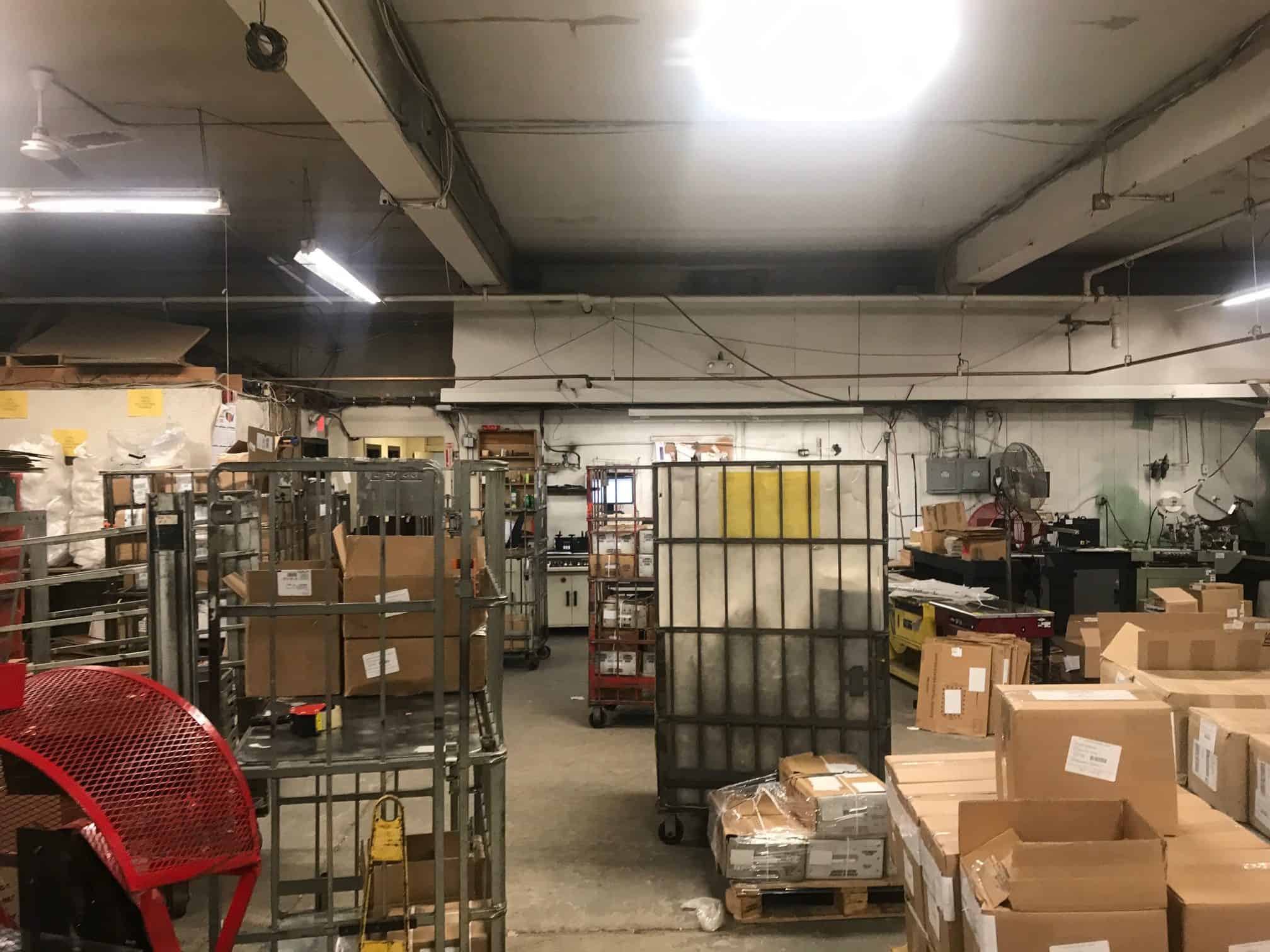 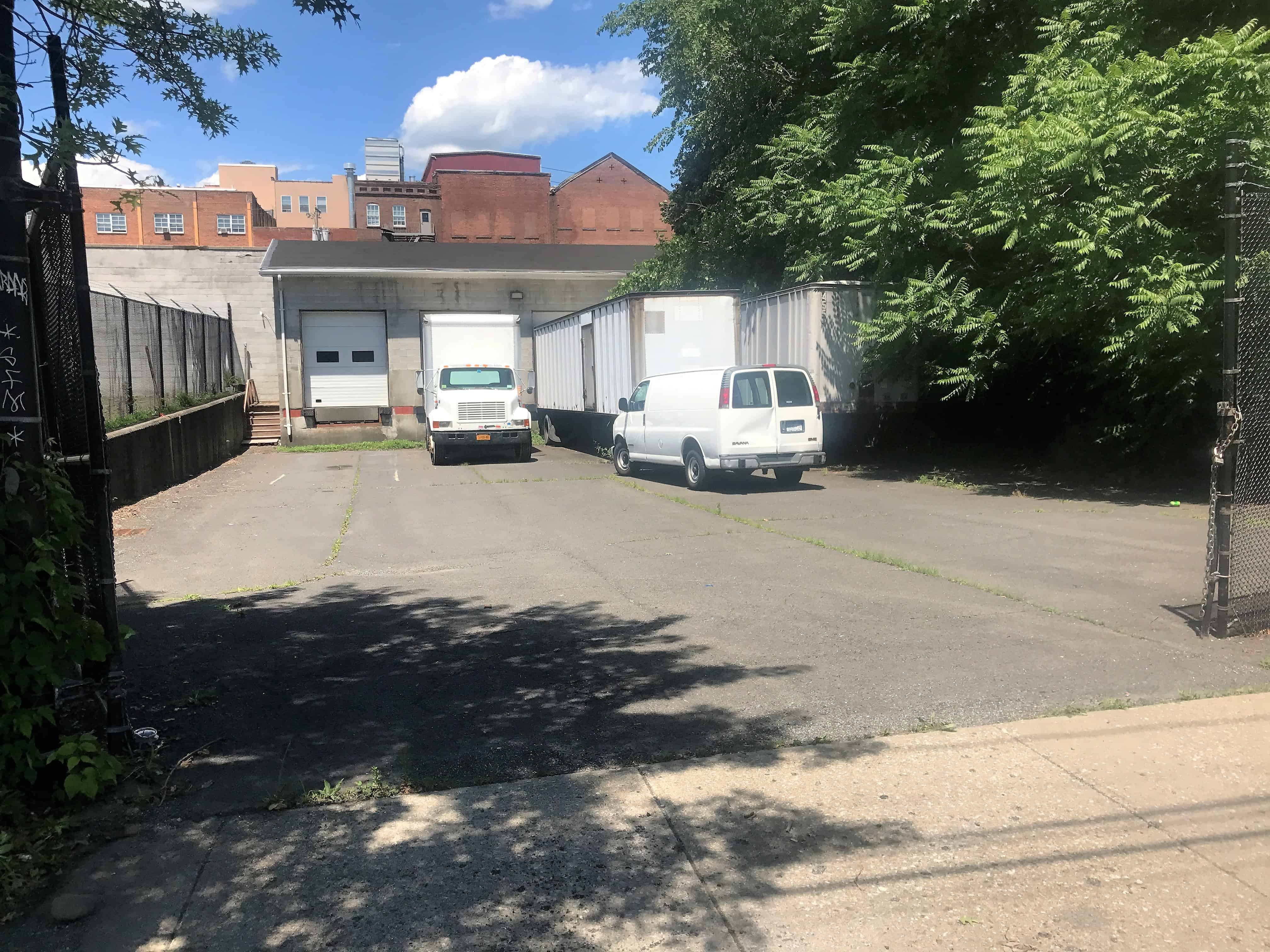 This warehouse at 105 Ann Street spans the block to Washington street.

The Washington Street side has four loading docks, and the building is close to Liberty Street on both sides.

It has over 8300 square feet of warehouse space plus 14′ ceiling heights and two drive-in doors.

The property has plenty of on-site parking, and it also features a new gas boiler installed in 2016 plus 3 phase electric service, a side yard lot for additional parking and a fenced in truck yard.

The building is also situated one block in from the city’s main retail corridor,  Broadway.

Up and coming Liberty Street

Once settled into 105 Ann Street, you and your employees will enjoy Newburgh’s resurgent East End Historic District and especially all the new restaurants on Liberty Street.

You’ll be within easy walking distance of Two Alice’s Coffee Lounge, which is on Broadway,  and

Cafe Macchiato, Liberty Street Bistro, The Wherehouse, Ms. Fairfax and the Seoul Kitchen, providing you with an ample selection of food venues to choose from.

Other notable venues include the Newburgh Brewing Company and the numerous restaurants that are situated on the Newburgh waterfront.

An endless supply of creatives moving from Brooklyn also offers a fluid source of people possessing a number of skills for staffing.

If you find yourself in need of catching up on some history, well, no problem, we have you covered! You will have several options to choose from but the closest one is Washington’s Headquarters, located right around the corner on Liberty Street.

Discover how General Washington ended the Newburgh Conspiracy, a revolt that could have potentially derailed all of the Revolutionary War efforts.

Not far from 105 Ann Street, you will find the Karpeles Manuscript Library, a place where numerous historical documents, letters, and books are on display.