How their live-work dream was pursued.

Sarah sits on a table, shrugs and says “We were placeless people!”

She says this by way of explaining the peripatetic pace of her life (she’s lived in half a dozen countries) and that of Aaron, her musician-partner’s life (he’s gigged all over the states, and internationally).

A focus for them became finding a place: New York City was not doable, nor Brooklyn. The cost of living was prohibitive, and forget about the purchase of a house.

“We came to Newburgh in October, and we returned in three weeks. We wanted to buy, but we did not want a 30 year mortgage with lots of debt. Newburgh offered us an option.” Sarah recently explained. 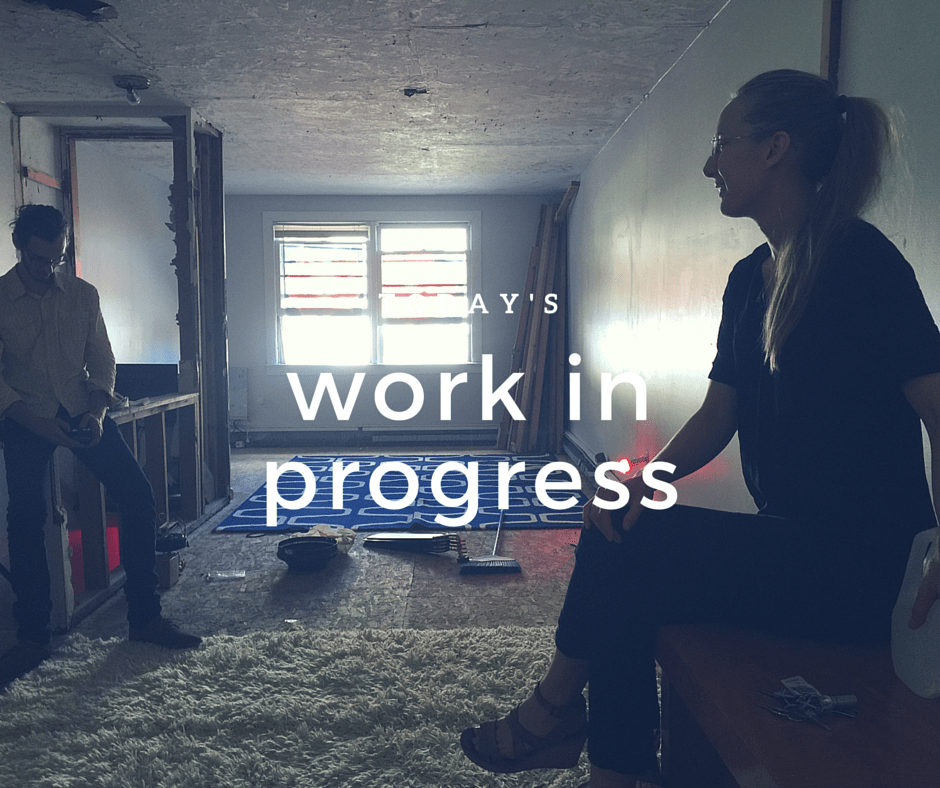 And there was so much about Newburgh to love.

“This is the most European City in America that I’ve been to that is not New York,” Sarah said, “And, I have lived and travelled in many European cities!”

Like many who come to Newburgh, they initially wanted a Victorian, one of Newburgh’s wonderful residential grand homes with a storied history.

“We went into the city planning office our first day in Newburgh and said, ‘We heard we could buy a building,’  and Deirdre (Glenn) and David (Cole) and Ali (Church) were so helpful,” Sarah said.

“We started pouring over the list, and met with him a few times.

“Finally, we took his suggestion and looked at this building. It was built between two circa 1900’s buildings and the three buildings have an interesting history.

Our space was once a well known area barber shop!

I recommend anyone who is buying in Newburgh to talk to the City Historian who really loves her job! She even gave us a packet on the history of our building!” Sarah said.

When questioned about the process of working with the city on a city owned building, Sarah volunteered:

Their proposal was put before the city council and the sale of the building (under $15,000.00) was approved. 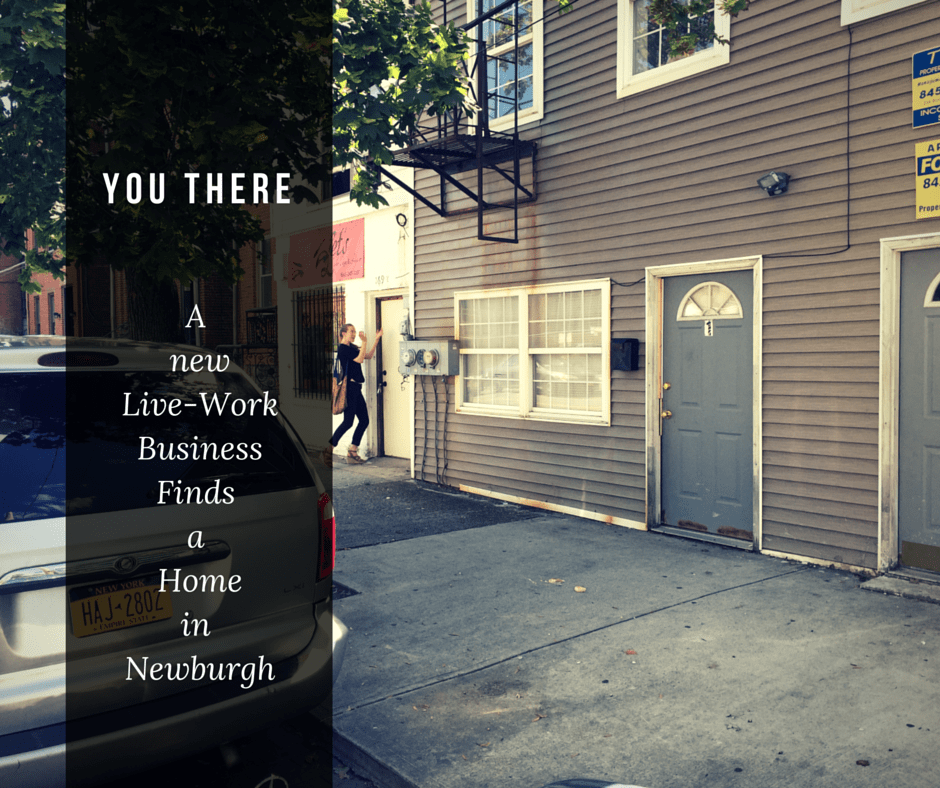 “The Planning Department could not have been more helpful! We were able to get in affordably, and now we can invest money into our living space and our work space.” Sarah said.

The couple plan to live upstairs and run their unique performance-focused coaching classes from their ground floor business space, where they will also have recording capabilities and a small stage for occasional performances.

Sarah also credits the Orange County Accelerator with being a source of solid help.

The Accelerator developed the “Accelerator without Walls” classification to work and mentor with start ups like that don’t necessarily need  the Accelerator’s “pod” model.

In some cases,  technicians can travel off site (the Accelerator site, that is) to help with specific issues.

And Sarah noted, “We have gotten a lot of help with restoring the recording equipment. Bill Cox, an engineer from the Accelerator has helped us and given us eyes-on assessments and access to his tech know how. He’s been great! 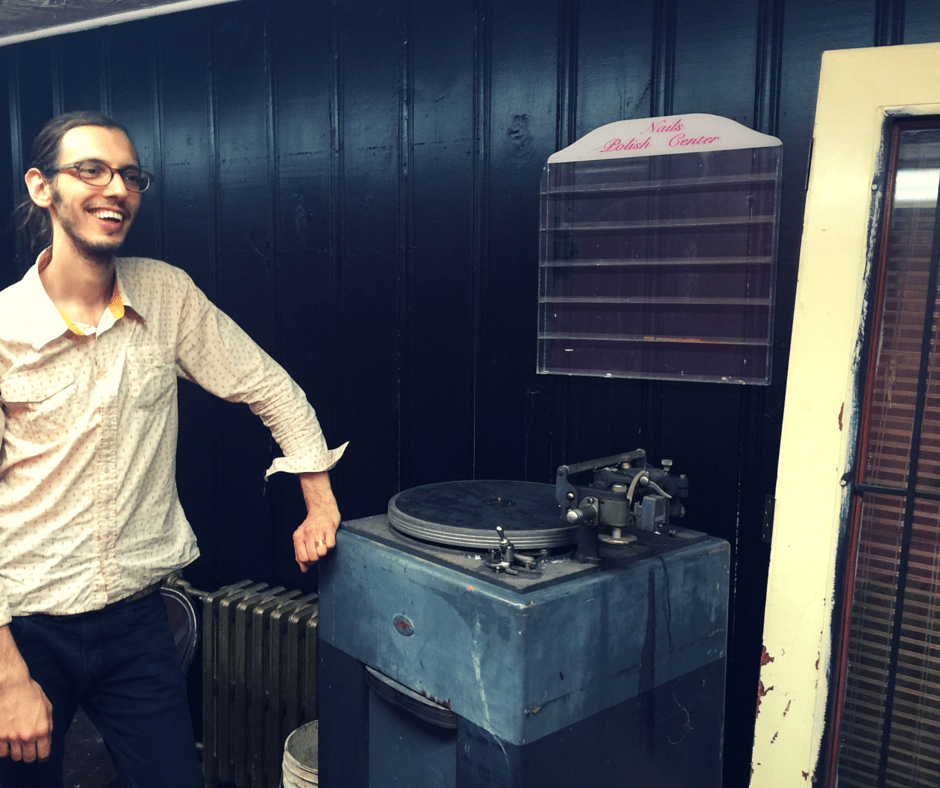 “And, the Accelerator met with us and we’ve been able to pitch to them, take classes and attend by-invitation-workshops geared toward women-owned businesses.” You There is a majority woman owned business.

You There will offer coaching services for music performance artists seeking to master the facility of relaxing into a state of emotional connectedness to an audience.

You There will also offer business planning for these same artists who wish to build and grow the eventual audience who be will performance attendees.

Finally, they have a unique proposition. They record coached sessions in one single take on vintage vinyl record mastering lathe housed at their studio.

The sessions capture the moment, but are a tangible take away.

You can read more about it on the You There  website.

Until their official 2017 opening, they will be offering occasional events such as their Chaktails event, held July 30th.

Coming soon: our revised Property Search page will also feature Mixed-Use and Live-Work spaces, most within Newburgh’s Historic District, so you can seek out your special Live-Work space and pursue your dreams, as Sarah and Aaron are doing.