David Ludwig On Doing Whatever You Want

“Of course you can start your own music series. You can do whatever you want!”

UPDATE 6. 23.16  Be sure to visit the music festival’s website mentioned herein for the June 24.25.26 concert date information

So said a talented musician, friend and muse who inspired David Ludwig, himself a dancer, musician, landscape designer and impresario.

Queen of the Hudson is David’s brainchild, and it is bringing to Newburgh a high quality of musician and musicianship as well as a presentation style which is unique, unorthodox, and compelling. 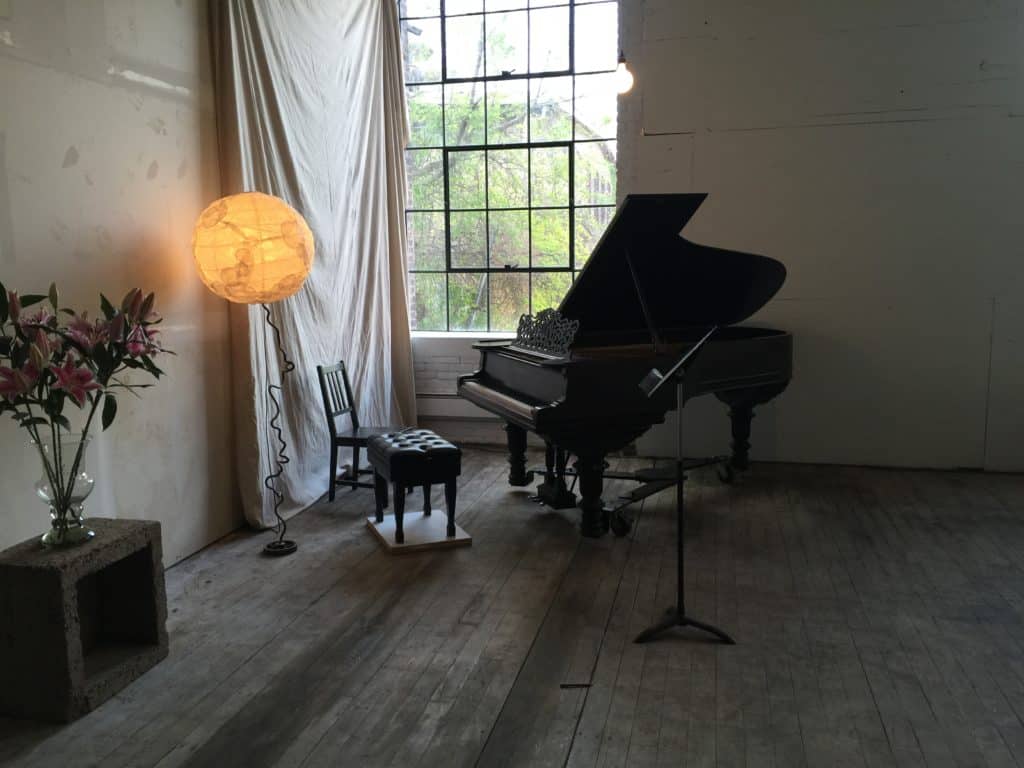 In speaking with David a picture on an individual emerges that is also unique, unorthodox, and compelling!

Salt Lake City Utah born and raised, David once entertained a career in medical technology. But you believe him when he explains, the clinical aspect of that world was incongruous with his questing and questioning nature and you don’t question that the performing arts more perfectly suited him.

David studied classical music privately for many years in Salt Lake, and after a brief detour to Hawaii (in his beautiful Newburgh Historic District courtyard garden tropical plants sun themselves outside after wintering over in his home) he returned to Salt Lake where he continued to study music (the cello and piano are his instruments).

While in Salt Lake, David also became intrigued by dance and began participating, absorbing and learning with and from University of Utah, MFA candidates. He worked with many and was able to begin to become comfortable with the vernacular and philosophy of dance.

This is a self described dancer/musician who loved performing in unusual and counter intuitive spaces in Salt Lake City, especially in out-of-door venues where sounds, the environment and the storied lineage of places, especially of places that are no more, created a dynamic, urban performance environment.

He carries this aesthetic forward to today where and when he stages concert musical productions, for instance, on the loading dock at Atlas studios, in Newburgh.

Concert attendees are feted with appetizers and wine prior to performances and during intermission.

The space is dramatic and open with high ceilings and curtains artfully separating the performance space from the reception space. There is a side view out the loading dock to a gritty urban city scape softened by candles, lights, and the drama of musical instruments tuning or in use: the effect is to create ad hoc the sacred space of the performance stage.

David recalls starting to produce classical performances in Brooklyn (while working at Bargemusic  in N.Y.C.,  he had cultivated many contacts including the musicians he is now booking). His partner, John, also employed in the arts, has been a dedicated supporter of David’s vision, opening his (John’s) apartment in Brooklyn to the performances David began to offer (and successfully). He simply enticed the artists he had come to know through his association at Bargemusic to come perform for him, and they did.

Now, people who have attended past performances David promoted and produced in Brooklyn, are coming to his performances at Atlas Studios, in Newburgh,  and they come from all over: he’s built an enthusiastic following from Connecticut, Pennsylvania, New Jersey and New York. And he is bringing his following  into the heart of Newburgh’s historic district.
It doesn’t hurt that he has focused on young, talented, contemporary musicians because not only does he have a long-time following, but he is developing a local following, as well.  His well-attended performances continue to grow. And now David has plans for a Newburgh Music Festival.

The Newburgh Music Festival, he explained, will consist of a mix of the highest quality summer musical training seminars as well as a faculty concert series (the first one will be held on June 24th and the series continues through the 26th) featuring the performances of both students and teachers. The teachers will all be nationally and internationally prominent musicians.

The program is in its infancy, with only a handful of student attendees this year (the faculty out numbers the students!) but down the road David envisions a strong festival program branching out to  include a focus on vocalists, and delving into opera.

So far, he’s delivered on his promise with the well received “Queen of the Hudson” 2016 series of performances, and we are confident the Festival will grow well into the future. Stay tuned as we will be sure to feature any and all news of upcoming performances, and happenings, as we learn of them!