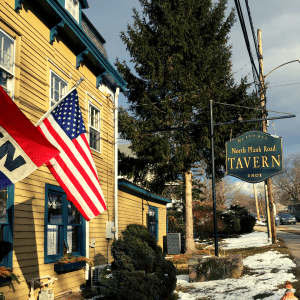 The first day of spring starts Wednesday, March 20, but as we wait, why not take advantage of some of the Hudson Valley’s finest restaurants?

So have a look and then go ahead and book!

A bright spot as the excitement of snow wears thin.

For two weeks, HVRW has gathered over 200 of the Hudson Valley’s finest restaurants to offer special, three-course dinner menus for $32.95. Many also offer 3-course lunches for $22.95. 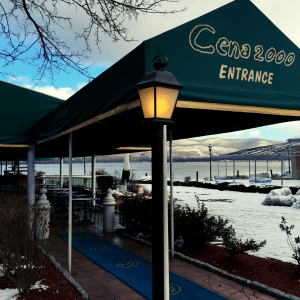 The Seven Newburgh Restaurants That Are participating

This popular riverfront restaurant is well known for its soaring ceilings and swanky interiors, Hudson River views, superb brunch, and Sunday buffet offerings. The menu is continental with notes of French and Italian influences. They offer premium seafood and shellfish dishes, as well as steak and other meats prepared in a variety of ways. It’s known for a sumptuous dessert menu.

Cena 2000 also has a Hudson River waterfront location in Newburgh. Smaller than Blu Pointe, it offers the same great views.

Open daily for lunch and dinner.

Older sibling to Cena 2000, and open since 1988, Il Cená Colo offers a Tuscan trattoria themed-ambiance and menu at its restaurant and was one of the first to do so in the Hudson Valley.

At Il Cena’Colo the emphasis is on a modest fare, just as trattorias in Italy offer, with traditional recipes, and plentiful portions.

While this restaurant does not boast Hudson River views, once you walk inside you are transported to a  welcoming,  cozy Italian country-style atmosphere. You could be in the alps or in Tuscany! It’s easily accessible to highways 84 and 87 and Stewart Airport.

The restaurant boasts an extensive wine list and bar. 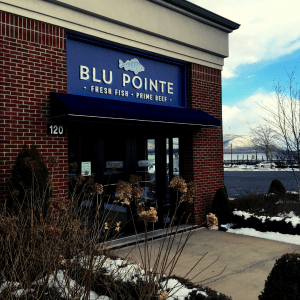 Also near highways 84 and 87, and Stewart airport, Cosimo’s features trattoria-style dining paired with wines. They describe their cuisine as “Old-style Italian cuisine with a New World twist.” Cosimo’s is a popular lunchtime place and after work gathering spot known for its informal setting, brick-oven pizzas, portions of pasta & Italian comfort food. Although at Cosimo’s the emphasis is on casual it also has a sophisticated feeling about it, making it a perfect spot for both the business and casual crowd.

This restaurant is located on historic Orange Lake in Newburgh. In the 19th century, this peaceful lake was both a tourist attraction and the location of mills.

The area saw many resorts flourish from the late 1800s through the Great Depression after which many were demolished, unfortunately.

The Lakeview House on Lakeside Road was originally a 19th-century boarding house and did business as O’Malley’s Bar for many years. Today, it is the Lakeview restaurant and operates under its original name.

The chef/owner, Mike Kelly, is  C.I.A. trained and he has worked for some of the top names in the restaurant business, such as that Hudson Valley restaurant giant, Peter Kelly.

The Liberty Street Bistro as its name states is a bistro style restaurant and it is located on historic Liberty Street in the East End Historic District of Newburgh.

This is a charming uptrend neighborhood boasting many new shops, a brewery, music spots and cafes.

The Liberty Street Bistro’s offerings are self-described as New American, which wikipedia defines, in part as “generally a type of fusion cuisine  which assimilates flavors from the melting pot of traditional American cooking techniques mixed with foreign and sometimes molecular gastronomy components.”

Indeed, The Liberty Street Bistro’s menu reflects that definition and is eclectic with a definite nod to French influences. When in season, ingredients are locally sourced.

The restaurant exudes a quiet and understated sophistication and prides itself on its knowledgeable wait staff; for Newburghers and food trendies, it is a top of the list, often first choice local place.

The tavern takes you back in history, as it is one of the oldest buildings in Newburgh and has been in operation since 1801.

This vestige from another era was an old-time roadhouse serving those journeying by stagecoach to and from the then-flourishing Newburgh waterfront docks.

Newburgh was once a transportation hub because of its Hudson River location. Goods were made in Newburgh and shipped worldwide. Similarly, raw commodities, like grains, sugar, molasses were shipped to and stored in Newburgh and then sold to New York City and other emerging cities. Pioneers loaded up at the waterfront and headed west.

The bar in the hotel is an ornately carved mahogany bar, allegedly from the United States Hotel, a once thriving tourist destination in the mid-1800s when thousands of New Yorkers would descend upon Newburgh for summer vacation and respite.

Legend has it that the North Plank Tavern was also a speakeasy. Its historic interior décor features a trompe l’oeil of the Hudson River, painted sometime in the 19th century.

Now, the Tavern serves continental fare with ingredients sourced from the Hudson Valley in many cases. Its bar offers a variety of interesting, hand-crafted cocktails, and the proprietor’s son is a wealth of knowledge about spirits and liquors produced now and in the past in the Hudson Valley. 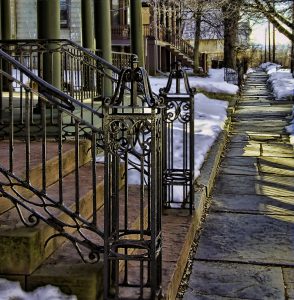 “ I love to hang out in Manhattan, but the Hudson Valley has a broad diversity of cuisine and food and ambiance that you don’t always get in New York, certainly in some neighborhoods, you get some of it, but the Hudson Valley is so ripe. I mean, remember, we are sending all our produce that we are growing down to New York City. You can stay right here and experience it right in your back yard.” Chef Peter Kelly.

According to Valley Table, which sponsors HVRW,  passes, tickets or coupons are required. Diners simply browse the list of participating restaurants, choose any or all that appeal then navigate to  Open Table, and click on “Book Now.”

Some restaurants don’t do Open Table, but you may be able to book directly via their website, or just contact the restaurants directly, and, remember, walk-in guests are also appreciated so if you just want to try your luck, you can stop in.