Weave and Write offers beginner loom weaving workshops in the City of Newburgh. 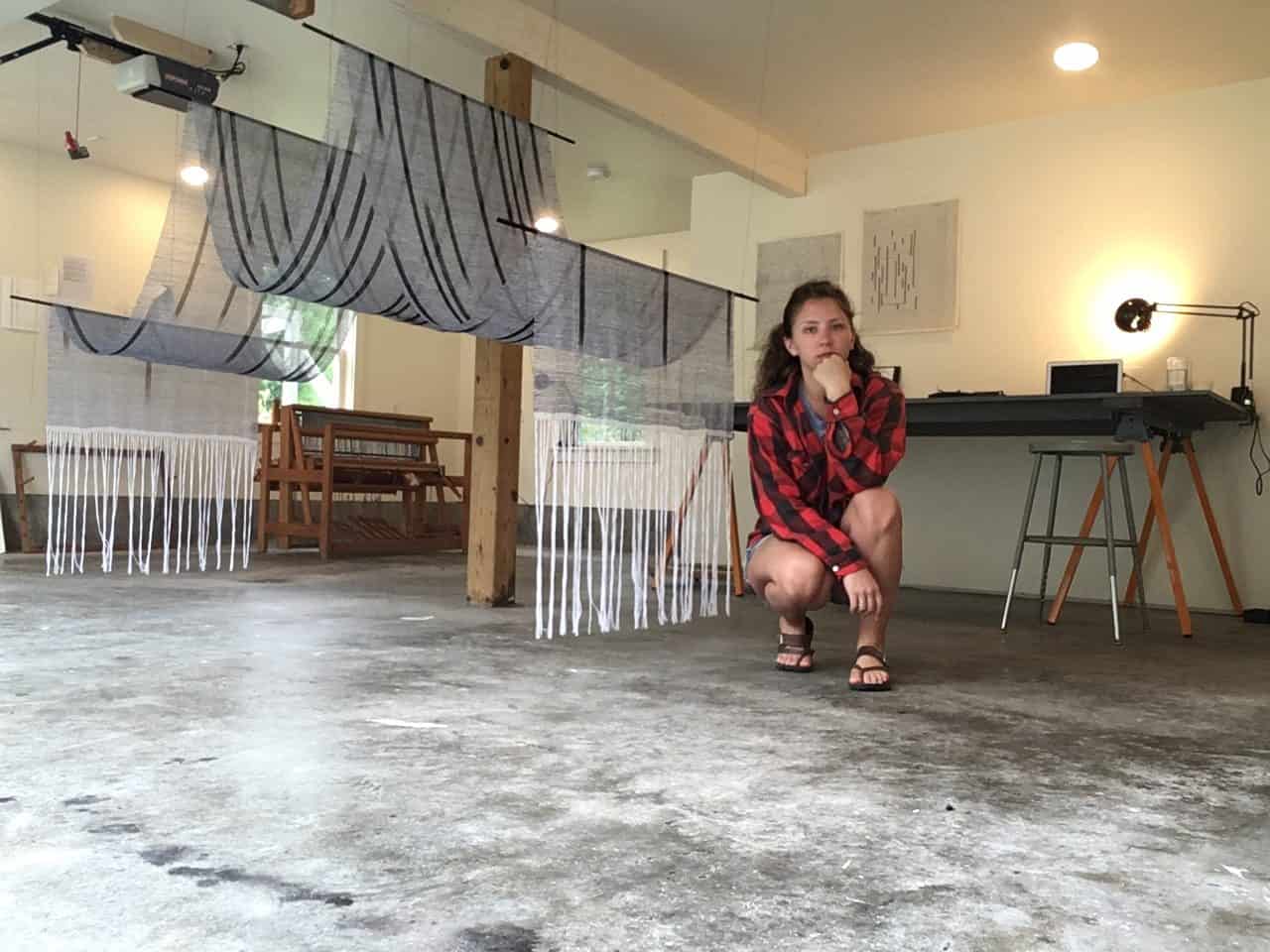 Michelle Batho applied to the Newburgh Awesome Foundation grant on a whim.

Ever since moving up from Brooklyn to Newburgh with her partner Sean McClelland a year ago, Batho was determined to make her loom weaving work a priority.

Initially, she rented a studio in the Regal Bag, where she continued to create loom-woven products. But with her lease ending in October and her studio mate leaving, Batho decided to take a chance and apply for the Newburgh Awesome Foundation grant.

What is the Awesome Foundation?

The Newburgh Awesome Foundation is a micro-grant organization that selects recipients for $1,000 monthly grants. Part of a global community, each local chapter gives no-strings-attached grants to people and groups working on awesome projects.

The application deadline for Newburgh is the first Monday of each month.

Some of Newburgh’s local recipients include:

And then, Batho’s Weave and Write business was chosen for Newburgh’s October Awesome Foundation grant recipient.

“I kind of figured I wouldn’t get it, but it was an attempt to just keep pushing myself to stick with it. And then I got one, and I was like, ‘oh sh*t,’” Batho remembered. “Now I have to do it.”

Batho used the momentum from the grant to spring into action. She left the Regal Bag for 12 South Lander, borrowing space in the back of McClelland’s furniture business to host her workshops.

“Weave and Write was my sort of first attempt at doing weaving workshops, which I’d been wanting to do for a long time. The Awesome Foundation Grant was the thing that jump-started that,” said Batho.

With the grant, Batho was able to buy enough materials for the first few workshops and set up enough space to house up to 6 people. A week and a half later she held her first weaving workshop. 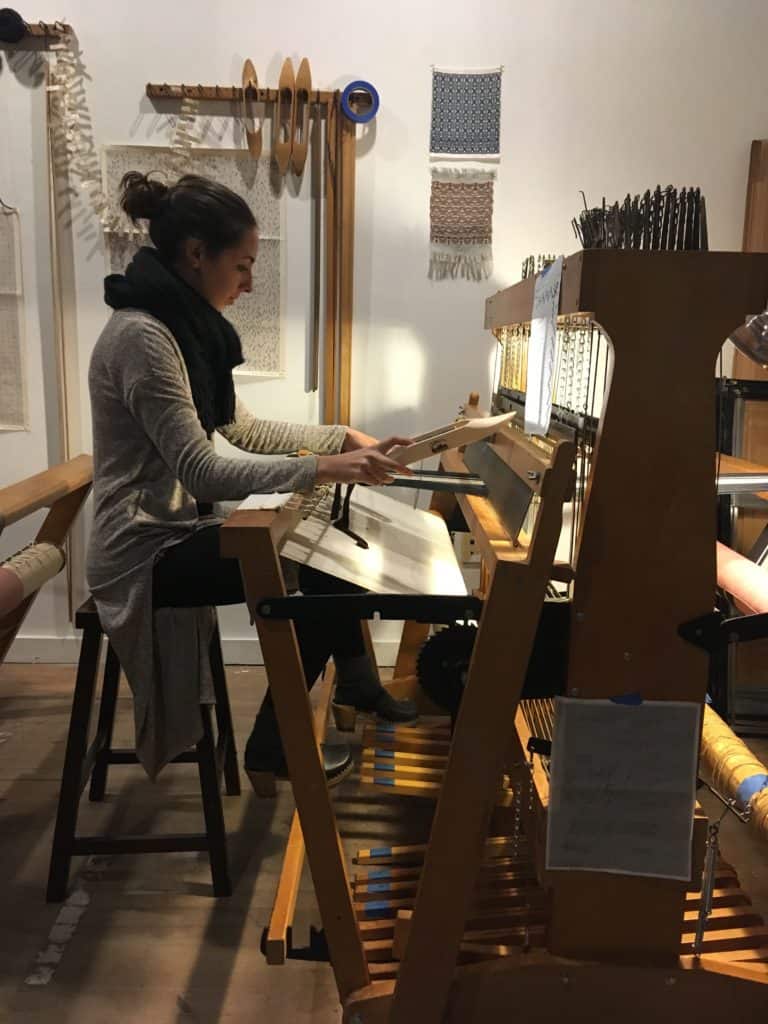 Michelle Batho Can Weave and Write

Batho hasn’t always lived in the Hudson Valley. She originally grew up outside of Boston, where her family emigrated after leaving Hungary in the 1990s. It was at Massachusetts College of Art and Design that Batho learned to weave, and heavily integrated her writing into that process.

“For my own practice as a weaver, writing was always a fundamental part of how I can even start weaving or playing on weaving,” explained Batho. “So while I was in school I would use my writing as almost data, and would use the loom as a system of processing that data and translating that into a physical object.”

As a joke, Batho wrote on her business cards that “Michelle Batho knows how to weave and write.” However, since college the phrase has taken off, and it’s a sentiment that she wanted to infuse into her workshops.

“I tie research and writing very closely into my practice, and for me they are inseparable. I can’t really have one without the other,” said Batho.

Batho begins her Weave and Write workshops with a writing exercise. In the future, with bigger classes, the writing prompts will involve more creative shared group activities. But for the smaller groups, Batho encourages a more meditative process.

“Right now they’re more directed questions to clear your headspace of where you were before you came in the room, and then set sort of an intention of work and quiet down,” said Batho. “I want to do my best to create sort of a calm space here.”

Weaving Her Way to Newburgh

After college, Batho purchased a trailer and loom, with plans to travel the country and let the scenery inspire her weaving. Her plans were promptly disrupted when she got into an accident with the trailer, and instead drove around for a bit until she ran out of money.

She ended up in Red Hook in Brooklyn with her brother and sister, where she met her partner McClelland. Eventually, the two began looking to move outside of the city.

For McClelland, Newburgh was the perfect place for him to base his furniture business out. Newburgh offered access to the city, with the chance to operate out of a space he could afford. Batho similarly could find affordable studio space in Newburgh. Plus, she wouldn’t be far from her family in Massachusetts and New York. They made the move in 2017. 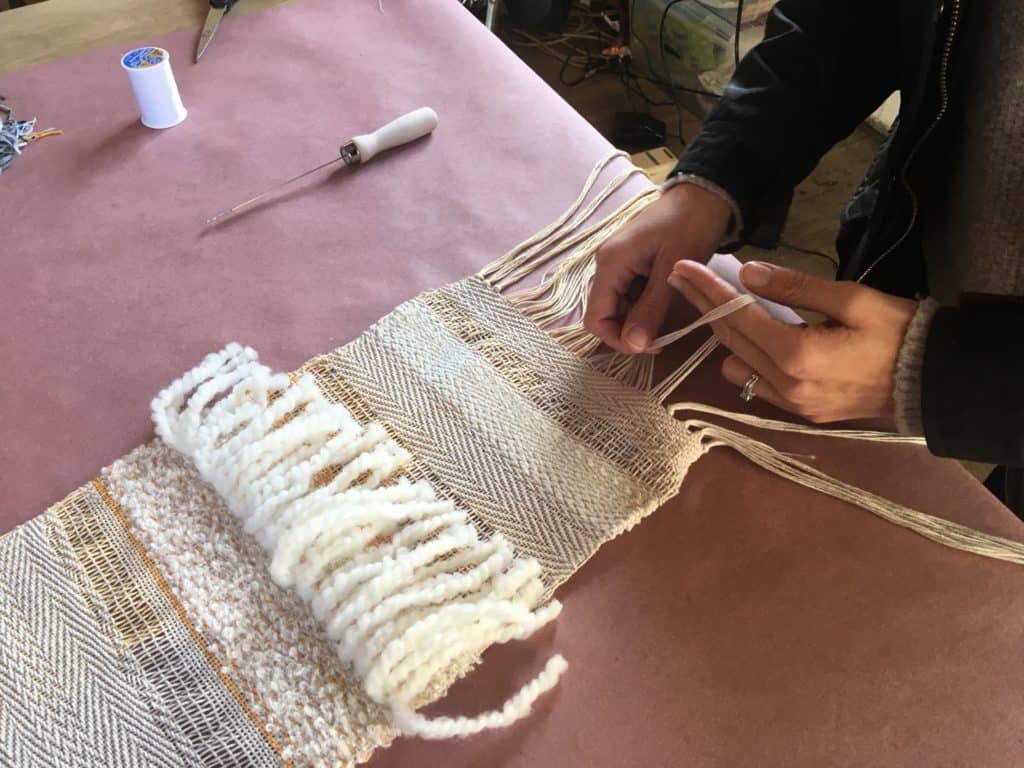 What Batho appreciates most about Newburgh is the sense of community.

“This is a place that I think I came to with the intention of becoming part of a community, and I think I’ve done that. I’ve made a lot of really close friends that…can sort of pick the other one up who happened to need a lift,” said Batho. “That sort of small-town sensibility is something that I really value, and that community is something that I value.”

Batho’s primary reason for moving up to Newburgh was to focus more on her work in weaving. With the recent Awesome Grant, Batho sees her hard work starting to pay off.

“There is room here to carve out something for yourself,” she said. “I’ve gotten a lot farther with this project and…I’ve made more of an effort here to say ‘yes’ to my own goals and ‘no’ to temporary things.”

“It was really exciting to watch people get excited about the thing I am excited about,” said Batho about her first workshop. “To watch people sort of build a personal connection to this process is a really fun thing to do from the outside.” 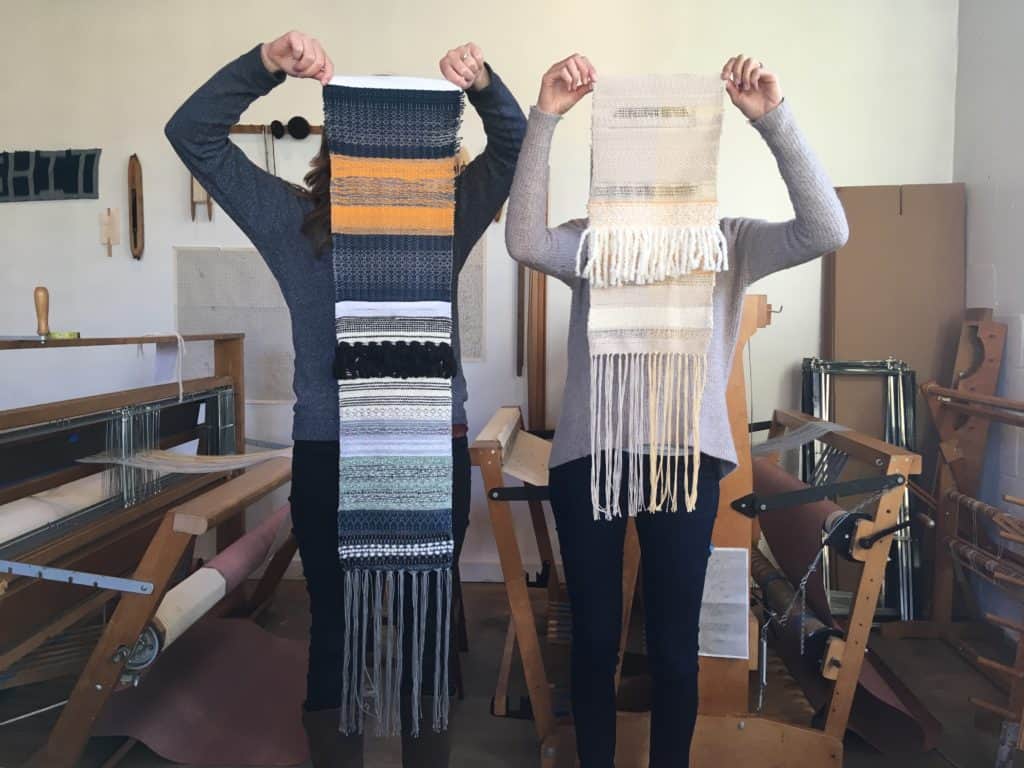 In the near future, Batho hopes to start teaching more personal classes. With enough looms, she could even host regular workshops at a set time each week for 2-3 hours geared towards middle or high school students.

The goal of Batho’s weaving workshop is not just to leave with a product, like a scarf or shirt, but to develop a skill. She sells the pride of learning a new skill, and also the chance to form a community around the practice. But Batho also encourages people to come in with a specific project or curiosity, and she will develop a workshop around that idea.

Eventually, Batho hopes to get to the point where she can have a week-long summer intensive. People could come in every day during the summer course to practice and learn on the loom. She also hopes to collect enough looms for people to rent space on a loom, once they have developed their weaving skills to that level.

Batho is currently on the look-out for a new space to house her workshops, potentially eyeing renovated space at Atlas Studios.

Batho continues to produce and sell her own work, with a focus on weaving custom fabric and installation pieces. In the meantime, she continues to teach the workshops and create a weaving community between both of those. 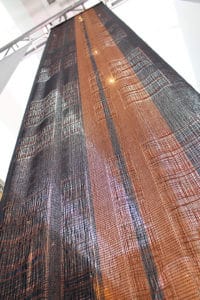