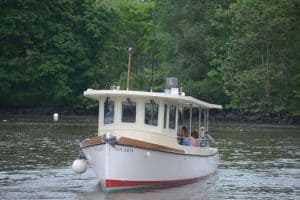 The City of Newburgh has announced a partnership with the city of Beacon as well as with the counties of Orange and Dutchess and the nonprofit Hudson River Maritime Museum to offer a ferry between the two cities and counties.

The Hudson River Maritime Museum’s 44’  25-passenger solar-powered boat ‘Solaris’ will be spending the weekend of September 28th and 29th, 2019,  ferrying passengers between Beacon and Newburgh. The Maritime Museum designed and built the Solaris.

The announcement comes in time for the annual Spirit of Beacon parade and Newburgh Open Studios, which is running in its ninth year on Saturday, September 28 and Sunday, September 29, 2019.

This service will help determine whether enough interest and passenger traffic exists to justify a more regular service.

Other benefits of increased service will be fostering the abilities of both cities to attract more regional tourism, allow for easier exchange for local residents to access strong job markets and entertainment and forge innovative relations between the City of Beacon and Newburgh.

City of Newburgh Manager Joseph Donat thanked his staff and the other City and County partners and said he hoped the service will encourage people and families who live on both sides of the river to discover more of each other’s neighborhoods and communities, just a 20-minute ride from each coast. He noted City Planner Alexandra Church’s tireless efforts to make the ferry a reality.

It’s important to note that this pilot ferry is not connected to the Metro-North train schedule and that it will be running from a different dock.

How to take the ferry: 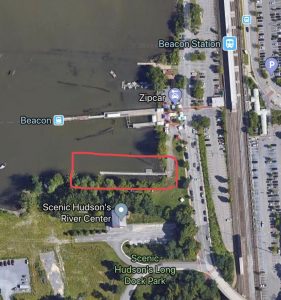 Take these steps in order to successfully find and take the weekend ferry to the Newburgh Waterfront:

Did you know this is Newburgh Open Studio’s 9th year of attracting a diverse group of artists?

More than one hundred artists to participate! Read more about it here

Maps will be available at Newburgh Art Supply, 5 Grand Street, Saturday and Sunday, starting at 10 am.

Some studios will have demonstrations and performances scattered throughout many of Newburgh’s various neighborhoods.

The Literary Festival is a Safe Harbors of the Hudson event.

The Festival, which will take place beginning Friday*, the weekend of October 18, is a collaborative project of Safe Harbors of the Hudson; Dr. Hannah Brooks; author Danielle Trussoni; the Newburgh Free Library; Atlas Studios; and Thornwillow Institute, as well as the MTA.

* The weekend ferry schedule pertains to Saturday and Sunday only!