Five Dollar Sundays: Breakfast in Newburgh for $5 and change at Andrea C’s

Posted in On The Waterfront: newburgh News | Last Updated April 6, 2020

On our new but hopefully never-ending quest for a five dollar Sunday breakfast in Newburgh, N.Y., our stop on a recent chilly March Sunday morning was at Andrea C’s in Newburgh, located on Mill Street and Broadway. 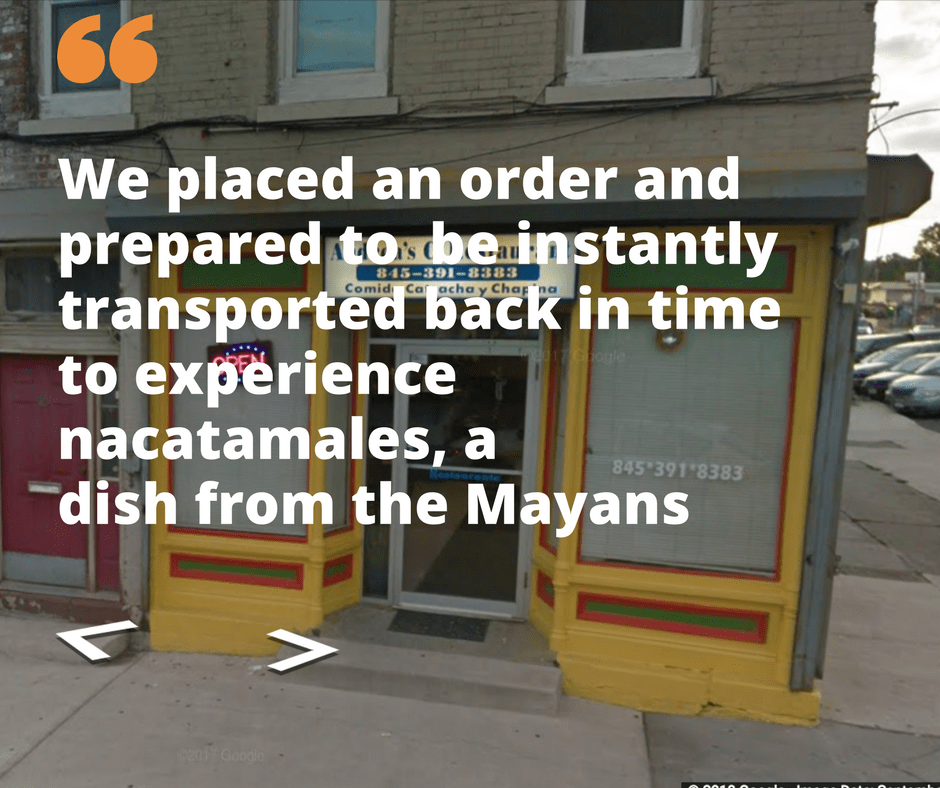 Andrea C’s, like so many other great spots, is within Newburgh’s East End Historic District

We had no idea what to expect as we entered the corner bistro, and although we are not huge fans of competing tv screens that early in the morning, what we encountered was a spotless little place with several tables and a bar for counter service.

A quick glance at the menu revealed what we were after. Near the bottom of the menu aha! Tamales. Que tipo?  Tamales de cerdo y de pollo: tamales made with either pork or chicken.

We placed an order and waited to savor Nacatamales. These are a version of tamales found mainly in Honduras and Nicaragua and are linked, as all tamales are, to an ancient Mayan past.

In fact this interpretation of tamales enjoys the centerpiece at Honduran and Nicaraguan Sunday and Holiday breakfasts.

The dish is made of a kind of masa particular to tamales. The masa consists of dried corn cooked which is  soaked with lime and then wet-ground and mixed with lard to form the masa dough (some recipes also add orange juice) this preparation is then seasoned with salt, and colored and flavored with achiote.

The masa is dressed with prepared meat (chicken or pork) as well as with rice, this mixture is then covered with potato, olives, peas, and chickpeas, topped with more masa, and wrapped in a plantain leaf and steamed.

All tamales, including this version, were a kind of ancient fast food easily portable on journeys and for battles. 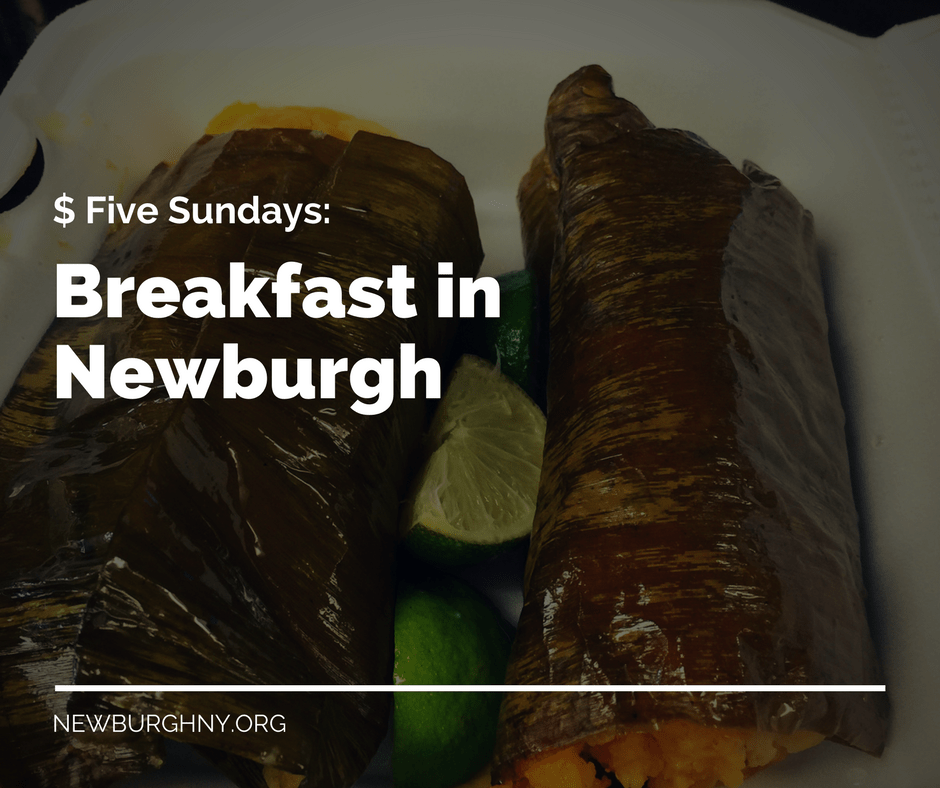 When Luis, the co-owner of Andrea C’s, appeared with our order, we were curious, as he had explained a concoction that sounded very different from the tamales we were used to.

A piquant meat and rice dish

Once at home we tucked into the delicious dish, again surprised by the citrus-rich aroma and tickled to discover the chickpeas and potatoes nestled amidst the piquant meat and rice.

A return visit for lunch and dinner is in order, since so many menu items we scanned were enticing, especially the beef soup made with short ribs.

Total cost? $3 a piece per nacatamale for a total of $6.00. Not quite $5, but we think still worthy to cover here in our blog post:  Five Dollar Sundays: breakfast in Newburgh at Andrea C’s.