Historic Buildings Are Our Heritage

“I think if we don’t care about our past, we can’t have very much hope for our future!”

So said Jackie Kennedy Onassis during the 1975 press conference that burned an awareness in our collective national consciousness about the necessity of preserving historically signifiant architecture.  It was one of the few times she had spoken publicly since President Kennedy’s death, and her breathy, charming delivery beguiled the nation. “Yes, she’s right,” we realized: our  historic buildings are worthy of preserving as a matter of national necessity and practical reality.

In part, because  of the last minute appeal she and others made advocating the preservation of Grand Central, it remains to this day. 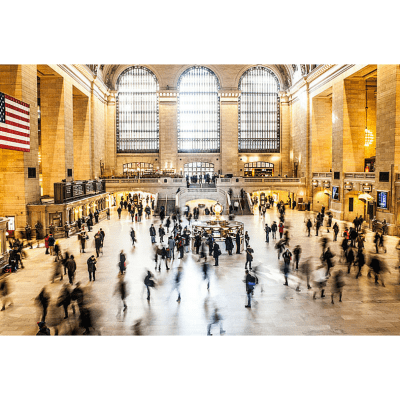 Grand Central Station (it’s actually officially known as Grand Central Terminal) is not technically a repurposed building in the way we think of today, as its purpose of a transportation conduit remains. But in many cases, its interior spaces are used in different, more contemporary ways.

Similar to the trend that took hold in the latter part of the 20th century,  in  the 21st century, all across the United States, buildings are being re-valued, reimagined and repurposed in cities where millennials prefer living and working.

And so, whether mid-century, or turn of the 19th century, from Brooklyn, to L.A., and at southern, northern, and midwestern stops in between, commercial real estate is undergoing a renaissance.

According to L.A. Curbed  a 2013 sale of Los Angeles’s historic Sears building, finds developer Izek Shomof planning to turn the building into a mixed use community:

From the LA curbed blog:

The huge, historic Sears complex in Boyle Heights has been anticipating a major makeover since developer Izek Shomof (of Downtown’s Title Insurance Building and the King Edward Hotel overhauls) bought the property in late 2013, with the idea to turn it into a mixed-use community…the plan as it stands calls for the creation of 1,030 live/work units inside the complex

And the trend, driven by millennials, migrates everywhere. According to the blog, urbanlandi.uli.org’s post “Moving to where the price is right,  the shifting migration of young people pushes growth of urban environments.

“The millennial generation, which author and demographer Neil Howe pegs at roughly 100 million members, is even bigger than the baby-boom generation that has been reshaping the economy, culture, and real estate since the 1950s.

It’s happening here in Newburgh, as well. Art spaces, coffee shops, new business ventures and growth is occurring in visible and tangible ways. New rezoning regulations which allow for live/work arrangements have been approved, and at A River of Opportunities we plan to sponsor informational public workshops, such as our upcoming planned workshop featuring the City Development Department this Spring speaking directly about  the aforementioned new zoning regulations.

We’ll also be examining trends on a local level in a series of articles on our featured properties, as we review their history and reimagine them for the future. Stay tuned for the date of our Spring workshop and check back often for other news, information, and events.  We’ll be updating all kinds of information about Newburgh, its historic commercial buildings, and the great resource found in the people of Newburgh as they work to shape its future.