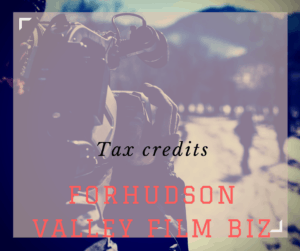 As we reported last month, for some reason the 2013-2014 New York State Budget included tax credit language for “upstate” counties.

It did not include the counties within the Hudson Valley area in the language.

Fortunately, on Saturday, November 5th, Governor Cuomo signed a measure to expand the tax credit by 10 percent to place it at the 40 percent rate now in effect in the New York metro region.

And for lovers of the history and beauty of the Hudson Valley, the decision is giving cause to celebrate.

Background on the bill:

Fortunately, a small group of committed people got involved, started petitions, and encouraged Assemblywoman Aileen Gunther (D, I,WF-Forestburgh) to introduce legislation (A.9415) in order to include Hudson Valley counties:

From Assemblywoman Gunther’s website: “The Hudson Valley has a right to every economic advantage available in other parts of the state,” said Assemblywoman Gunther. “We are fortunate to live in an area rich in natural beauty, historic architecture, and extraordinary talent. Increasing opportunities for film production in our region will potentially bring billions of dollars into our economy, creating jobs and supporting businesses of all kinds, from restaurants to retail; hardware to software. For years, movies set in the Catskills have been filmed anywhere but in the Catskills. My great hope is this legislation will go a long way to making that a thing of the past.”

*ABOVE-THE-LINE expenditures (expenses that do not qualify for tax credit) reflect the expected line item compensation for an official above-the-line member’s role in a given film project including the screenplay is based, production rights to the screenplay, compensation for the screenwriter, producer, director, principal actors and other cost-related line items such as assistants for the producers, director or actors.

The Hudson Valley Film Commission estimates that for every $500,000 in additional tax credits, at least $5-MILLION worth of movie production revenues will benefit the MID-HUDSON VALLEY.”

What the future holds:

Hein said Cuomo, in signing the bill, “recognizes the economic importance of the entertainment industry in New York state.”

Thankfully, the Hudson Valley is now on a par with the New York Metro area in terms of the tax benefits offered and derived.