Watch our video interview with Thomas Wright and Joseph Fratesi, partners and co-owners of ATLAS INDUSTRIES, the furniture and design company. They discuss why they chose Newburgh, N.Y., when deciding to move their business from Brooklyn, N.Y.

We, and a brewery that opened in 2012, were the first businesses to settle in Newburgh in decades.  Our reception has been enthusiastic and grateful.Thomas Wright

Locating your business in Newburgh

In 2012, Thomas Wright and Joseph Fratesi, the owners of Brooklyn-based Atlas Industries, began a search for affordable warehouse space accessible to Manhattan.

Their firm is a multi-disciplinary design and manufacturing business that integrates interiors with furniture and objects that have a craft-based sensibility.

Wright and Fratesi had been successfully growing Atlas Industries for two decades and reached the point where they wanted to scale the business up. Brooklyn commercial real estate had become pricey, though, and so they decided to widen their search.

This led them 60 miles north of Manhattan to Newburgh, N.Y.,  where they found what they were looking for, a building that would allow them to locate their business in Newburgh.

A wall system made by Atlas Industries of Newburgh, N.Y.

The building was purchased and through 2012 renovations undertaken and completed.

Spring Street building from another era

According to Wright, Atlas’s Spring Street building belongs to an era when Newburgh was a thriving industrial center with, among other things, large-scale textile manufacturing.

In 2013, after being in Brooklyn for twenty-two years, the owners of Atlas Industries made the move to Newburgh, delighted to be in a large affordable industrial space (the building is approximately 36,000 square feet).  They were also happy to be in New York’s beautiful Hudson Valley.

The Newburgh space houses their studio and shop where they design, prototype, invent, build, and produce their work.

The partners have another side to their business which is  Atlas Studios, a division of Atlas Industries.

Also located in the building on Spring Street, Atlas Studios features workshops & studios available for rent to creatives and makers.

Ms. Taylor is a designer, floral stylist, and writer. Educated at Cornell and the New York Botanical Garden landscape design programs, she favors an intriguing and often muted color palette, interesting plant choices, often textural in quality, and a sensitivity to place and structure when executing her designs.

There is an installation in the courtyard adjacent to the parking area at Atlas housing a tea house and two raised garden beds. Taylor designed the garden beds.

The building has been modernized for 24-hour access, wi-fi, heat, A/C, & is fully sprinklered. Tenants have access to freight elevators, a loading dock, a common area kitchen, off-street parking & a photo studio.

Atlas Studios also sponsors and hosts a series of concerts, art shows, and literary and film events, such as an ongoing jazz series and a participates in the Newburgh Literary Festival. 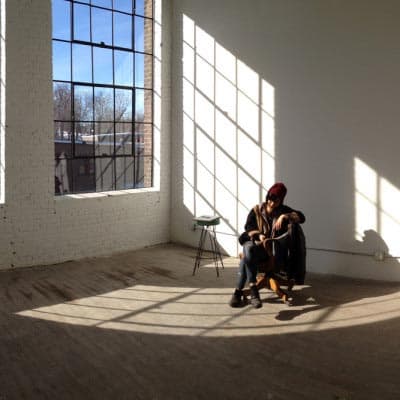 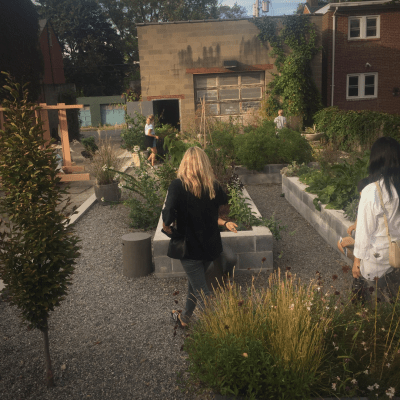 In 2013, when Atlas Industries opened there were many such buildings and available for just a few dollars a square foot for purchase or lease. Their purchase price was $375,000.00.

Today, fewer of the larger buildings are currently on the market, but many mixed-use and retail buildings are still available at bargain prices and often with significant space, and rear entry loading docks. These rear-entrances often offer two-street, full block access, especially the buildings located on Broadway.

Newburgh is within two miles I-84 and I-87. It is five miles from Stewart International Airport and the large trucking depots located near the airport.  Newburgh also has access to commuter rail lines via the Newburgh ferry or the Newburgh Beacon Bridge. It has a bus depot with commuter lines offering transportation throughout the region.