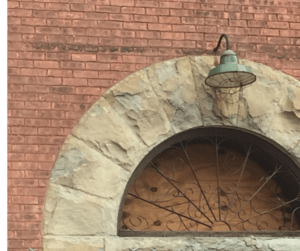 Caffé Macchiato on Liberty Street is a temporary office of sorts for the gentleman sitting across from us, Thomas Burr Dodd.

He is busy at work on his laptop when we meet to chat over coffee and tea on a sunny but cold wintry day. We’re here to learn about the commercial properties he recently purchased in Newburgh and what his plans for them are.

In Spring of 2016, A River of Opportunities held a rezoning seminar at the Newburgh Armory Unity Center.

Interest in Newburgh was growing, especially in light of the remarkable changes the City’s Planning and Development Department was able to accomplish, streamlining permit processes, etc., in order to spur development.

Dodd attended the zoning event speaking afterwards with A River of Opportunities about his interest in Newburgh’s potential.

Less than a year later, Dodd  explains he has purchased a family home on Grand Street and several properties in the city (in some cases  using this property search feature ).

The renaissances in these areas and influx of creatives and makers are well-documented on the pages of websites such as Apartment Therapy and curbed.com.  (And also, Dodd points out, in Ann Fensterstock’s book Art on the Block).

For Newburgh, N.Y.,  the momentum is also one of a renaissance moment and the movement of creatives like Dodd into Newburgh may be seen as testimony to that

Like others,  Dodd represents the type of entrepreneur who sees potential where others may see only blight.

Notably, Dodd acts on that potential and is laser focused on Newburgh.

“After looking for space in the East Village, I couldn’t find anything affordable but I wanted to hang the artwork of up-and-coming artists I was collecting, and I needed space!” he said. 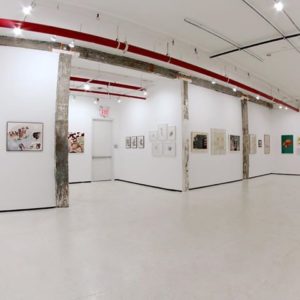 He made his way to a vacant factory building in Williamsburg.

Eventually, a successful gallery took hold there and Dodd and his partner, Pearl Son-Dodd (the woman he describes as his muse) married.

Together they grew their business,Brooklyn Fire Proof, Inc., adding performance spaces, as well as renting studio space to artists attracted to the area.

At a certain point, Dodd  wanted to expand but prices had risen so once again he got the urge to move: “I moved to Bushwick, and rented as much space as I could. I had previously bought my home in Fort Greene, in what was once a horse stable built in 1888,” he said.

At this point his company transformed, and in addition to gallery and studio space for artists, began renting sound stage space as a Qualified Production Facility catering to shows like the Food Network’s “Beat Bobby Flay.”

Bobby Flay on one of  Thomas Burr Dodd’s sound stages at Brooklyn Fireproof. Dodd  plans to make the Liberty Street School a similar, Qualified Production Facility in the heart of Newburgh’s Historic District

Building on his successful work as a sound stage developer, gallery owner, and shared workspace developer, Dodd has turned his attention to Newburgh.

“We were thinking of doing something similar to what we accomplished in Brooklyn but in Detroit. But in the past few years, we would come north on vacation and go apple picking up here in the Hudson Valley.

On a whim, we would drive through Newburgh and we were struck by the beauty of the architecture and the history.

One time we went to the Ann Street Gallery, and we just liked the feel here.

After attending the Newburgh Rezoning event it helped solidify our feeling that the time was right to make a move here.”

Since early 2016, Dodd has purchased the aforementioned buildings in Newburgh, but the one that represents the greatest challenge (and opportunity by his reckoning) is the former P.S.6,  Liberty Street School. 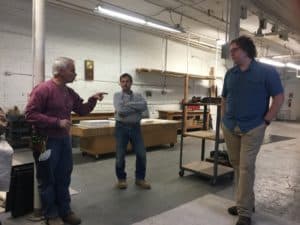 Dodd visits his 75 Carson Street Property and chats with the former owners who are now his tenants: Royal Woodworking. He has plans to make this space a cooperative space where those interested in woodworking can access the equipment and knowledge the Royal Woodworking partners offer.

“The School will go back to its original layout. It won’t have any apartments, just work spaces. We will have film production facilities, and the third floor opens up very wide and has high ceilings so we can shoot there and also do post production. 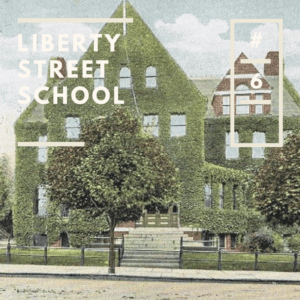 Dodd has launched a new business in Newburgh called Rip Rap “dedicated to rejuvenating historic buildings and repurposing them as mixed-use creative spaces.”

“I also plan on having office space in the building. My operations always include all the arts, but film will definitely be a large part of this magnificent structure..Rip Rap owner, Thomas Burr Dodd

“The building is in great shape, but it does need a ton of work. But the structures they built back then were so sound, and, honestly? I never dreamt I could get a building like this!”

One thing Dodd encourages is mentorship.

He believes in creating spaces where micro-manufacturers  can work in a shared environment where there is a lot and collaboration.

Beyond all of that activity and energy, Dodd also likes to give back on a personal level.

To that end, he has dedicated the first Thursday evening of each month to “Navigating Newburgh,” a public meeting about topics related to home ownership and restoration in Newburgh, which is held–where else?–at Caffé Macchiato.

Recent evenings featured visits from the Mayor and some council members and also River Architects from Cold Spring.

The architects discussed “Passive Houses,” a design and construction philosophy and approach to building and restoration that can reduce energy by as much as 90% as compared to standard approaches.

Dodd started his “Navigating Newburgh” evenings because, as he says, “I can offer myself as a resource on all kinds of topics such as dealing with paperwork, with record keeping, and in dealing with the vendors, contractors and even permit process that renovating and refurbishing requires. We offer an open invitation to come in and have a cup of coffee and brainstorm!”

For those contemplating a similar, if not quite as ambitious, move to Newburgh, Dodd offers these closing thoughts: “A lot of being successful in business is luck, but success is also being able to recognize an opportunity and being prepared to act on it.”