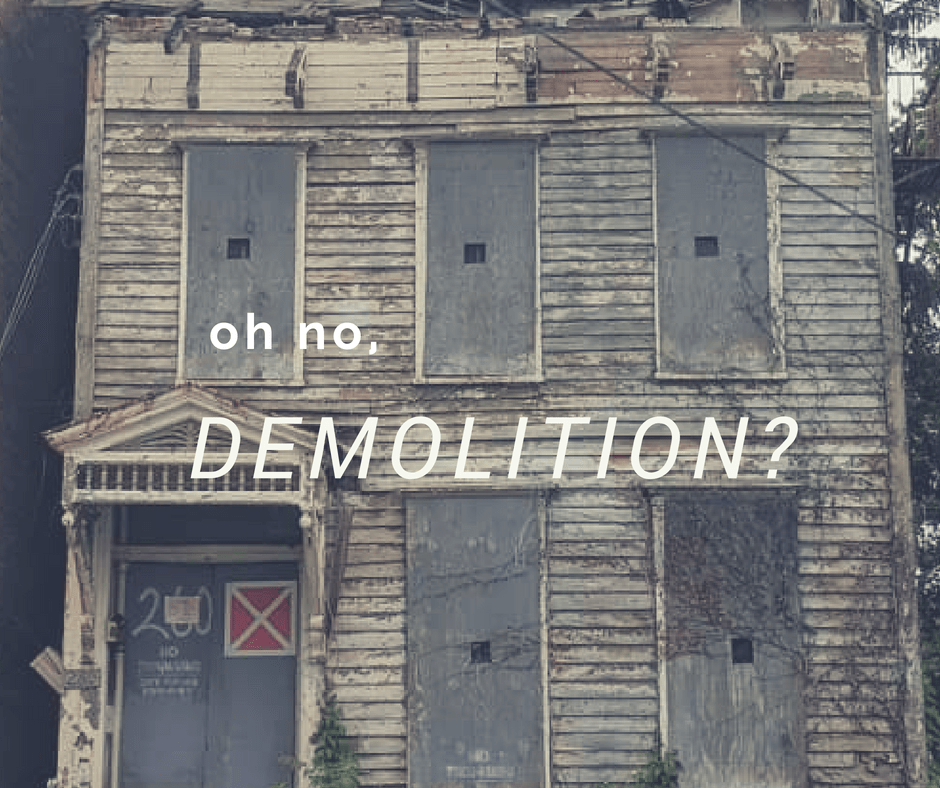 Newburgh’s Planning Board got some sad news mid-June. A much-loved building (a listing on the “available properties” list of Newburgh’s city-owned properties) had a facade that was starting to pull away from the building.

The Planning Board did have interested buyers, but no closing date, nor had any of the required steps necessary for a City purchase-process completed.

The building is said to be a beauty inside with all its original details intact. Apparently, it had been occupied, possibly as recently as 2006, but subsequent neglect and the elements took their toll.

The city was faced with starting an emergency demo process. On average, that is a cost of about 80k. That kind of expense is a big one for a city like Newburgh with shallow pockets and numerous other buildings in worse shape also facing demolition, and all at a cost to taxpayers.

When demo seemed to be the building’s fate city planners had other ideas.

The Planning Board had hopes something could be worked out. They spoke with the buyers’ architect, Paul Henderson. Paul thought it was possible to easily stabilize the building until the couple was able to close. Their construction loan was in place, but they still had to move through the City building purchase process.

Working with the city of Newburgh’s Assistant Fire Chief, Bill Horton, the architect, and chief came up with a stabilization plan that was also overseen by an engineer.

David Kohl, Economic Development Specialist with the City’s Planning Department, prepped the buyer about the realities of the building’s circumstance to make sure they were really ok with going through with the sale.

Assistant Chief Horton and Ali Church, City Planner with the City of Newburgh (and a soft touch for Newburgh’s beautiful buildings) worked to convince the city that the demo wasn’t the only necessary fate, and that the building could be made safe by other means.

Ms. Church contacted the State Historic Preservation Office and obtained information about emergency demo versus emergency stabilization and provided the City with the same info. The City agrees with her contention moved forward with the stabilization plan using emergency procurement funds and hiring a qualified contractor to do the work asap.

The potential buyer, still on board with realizing their Newburgh dream, worked with their architect to raise enough money to cover the cost of the stabilization process. They subsequently paid the monies back to the city.

Now as June ends, the interim process has been completed and temporary stabilization achieved. The facade is secured back to the building, and plans for a temporary roof are underway for phase two.

All that is hoped for now is for that the buyers will move through the City Purchase process quickly in order to start the actual stabilization and rehab. 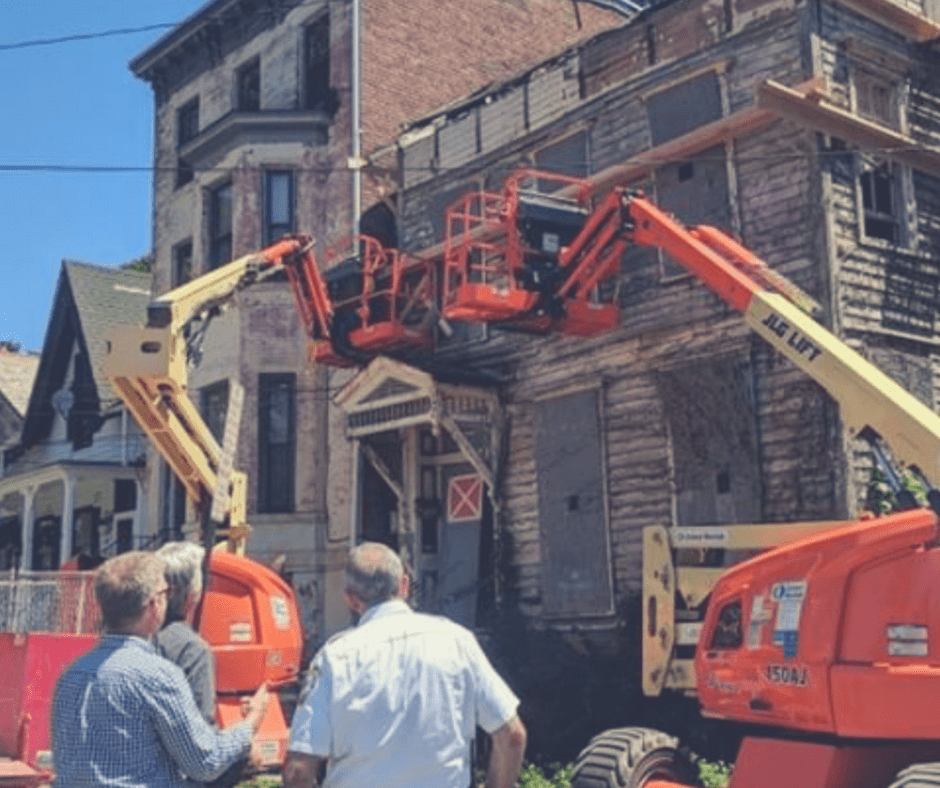 The City Planning Department, the Fire Department, The City of Newburgh, and the buyers and their architect certainly worked hard. Their teamwork helped protect a beautiful architectural gem in Newburgh as well as the couple’s investment and future plans.

To work with the City to buy an available property start with the links below, but mind: if you want to schedule a property inspection you must fill out a Private Owner Development Application (also linked to below). Inspections occur on Fridays.