Everyone’s talking about the climate, but who are the people who are actually doing something about it? And how do we unlock the massive opportunities at the heart of the current crisis? Come on down to Broadway in Newburgh, N.Y. and find out.

The Green Tech Conference, an essential part of the East • Northeast International Film Festival, will be held June 17-21 at the Ritz Theatre in Newburgh’s historic East End.

Small cities like Newburgh can lead with green economic development

The conference seeks to demonstrate ways in which small cities can lead the way in helping solve some of the country’s greatest environmental, social and economic challenges while reaping the economic development benefits of next-wave technology and advancement.

“We seek to set a shining example of how to empower people through learning, connections and career advancement opportunities,” organizer Michael Muyot told the Newburgh City Council on May 23.

Conference-goers will have unique opportunities to hear from thought leaders and innovators on topics related to clean energy, placemaking, sustainable economic development, and community wellness.

Kicking off Monday’s theme of “Sustainable Cities and Communities” will be Andrew Yang, candidate for the 2020 Democratic nomination for president; other highlights of the day will include Ron Kamen of Earthkind Energy, Tirosh Schneider of the Sunshine Project and Raj Gupta, CIO of Seacrest Investment Management.

Along with the briefings and panel discussions, each day’s schedule will feature networking breaks and audience Q&A opportunities.  Tuesday’s “Affordable and Clean Energy” discussions will include representatives of Orange & Rockland Utilities, NYSERDA,, and Citizens’ Climate Lobby.

Edison Project Founders Will Speak on Thomas Edison and Newburgh

Wednesday and Thursday are devoted to “Industry, Innovation, and Infrastructure;” Wednesday will feature a special presentation from global placemaking expert Ed Manner and Rob Madson, founders of the Newburgh-based Edison Project, a creative placemaking company, on “Thomas Edison – Innovation and the Promise of Newburgh.

Thomas Edison and the collaborative teams he assembled impacted our modern tech driven world on a scale greater than anyone before or since him. Business leaders in Newburgh NY understood the advances his teams were making and offered Newburgh as the model for illuminating a municipality for the first time.
“Mr Edison saw the promise of Newburgh and lit the place up! In our presentation about Edison in Newburgh we will offer perspectives as a seasoned business innovator in Newburgh now and the promise a millennial sees in understanding how to apply Edison style collaboration to large scale projects in commercial real estate.”Ed Manner

There will also be presentations from Mike Caslin, founder & CEO of the Global Center for Social Entrepreneurship Network (GCSEN) Foundation and Melissa Everett, founder of Sustainable Hudson Valley, who will moderate a panel on ways to mainstream sustainable technology.

Thursday’s highlights will include a briefing entitled “From crowdfunding to co-ops: The new neighborhood-building toolkit of economic inclusion,” from  Ben Schulman of Small Change & Newburgh packet, followed by a panel discussion of the toolkit and how to use it.

Festival also focuses on “Good Health and Well Being”

On Friday, the focus shifts to “Good Health and Well-Being,” with presentations and discussions on building a sustainable local food chain, agriculture, and hemp’s role in the region’s future.

Muyot says every day will end with panel talks on careers in the industry, including apprenticeships and job training. His vision includes alleviating Newburgh’s economic and employment woes with good jobs in industries that will pay enough to feed a family while making the community a showplace for sustainable progress.

“We’re working with grassroots organizations that will sponsor young unemployed and underemployed people to come down to the Ritz and learn about how all of this can fit into their everyday lives,” he says. “You’ll be hearing a lot of success stories from other places that we can replicate right here in Newburgh.

There are jobs that need to be filled, light manufacturing career paths of the 21st century; these are companies willing to train you for a career that starts out over $30,000 and leads on up to $60,000. Whether you’re young and starting out, have an established business here, or are interested in renovating an architectural gem into a net-zero home and moving into a lively, hip little city, you’ll be inspired.” 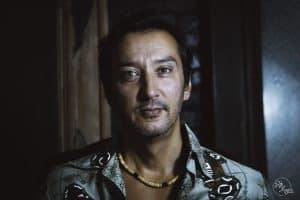 Michael Muyot, one of the organizers of East • Northeast

Muyot’s optimism is solidly rooted in fact. According to the New York State Energy Research and Development Authority (NYSERDA)’s 2018 New York Clean Energy Industry Report, the state rates as the third-highest in the country for energy efficiency and solar jobs, including a 6.1% increase in clean energy jobs in 2017—more than 3% higher than the figure, nationwide.

More than 13 per every thousand jobs in the Mid-Hudson Valley (and Western New York) were in clean energy in 2017, and Bureau of Labor statistics indicate that jobs in solar and wind are projected to grow fastest over the coming decade, with employment for solar installers and wind turbine technicians expected to double from 2016 to 2026.

A time for Newburgh to lead

It’s time, Muyot says, for Newburgh — the city that offered Edison’s enlightening innovations a warm embrace — to take a leadership role and help show other places how to do sustainable economic development right. “We couldn’t be more pleased with the level of support we’ve got from local organizations, corporations, and elected officials, from federal officeholders to the Newburgh City Council.”

Crossroads of the Future

Nine days of handpicked independent films, live music and socializing will mark the next phase of East • Northeast and its campaign to establish historic Newburgh as the Crossroads of the Future.

“Location is everything,” say the organizers, “and given our convenient accessibility; by land, river, and air, the City of Newburgh has a unique setting to host what will be thoughtfully grown into a respectable and premiere international event in the USA “

Want to get in on the green tech conversation? Get your one-, three- or five-day conference tickets right here.