By mid-afternoon on Saturday,  organizers knew that this year’s Newburgh Illuminated crowd was bigger than ever before. And before the day was over, close to 40,000 people had flooded Newburgh’s East End Historic District, enjoying what has become a Hudson Valley classic in just seven years. 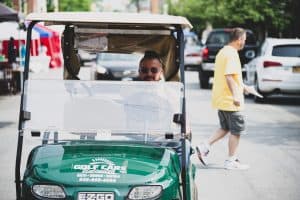 Joy was everywhere. Nobody appreciates a good time more than Newburgh — and last Saturday proved definitively that nobody can throw a better party. The late Mayor Judy Kennedy, the originator of Illuminated, knew it in her bones and she was so right.

One proud  Newburgher, Steven Marrero,  who started taking pictures when his son was a newborn, discovered a passion for the art and moved on to capture Hudson Valley scenics and landmark moments as a professional. 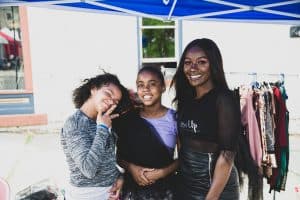 There were 195 vendors at Newburgh Illuminated! Photo Credit Steven Marrero

He has a home studio in Newburgh, NY. where he shoots weddings portraits and family sessions and on occasion marvelous events like Newburgh Illuminated. 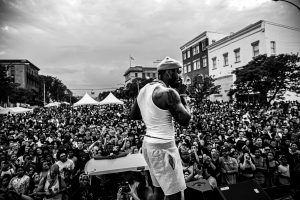 “That shot captures the magnitude of positive emotion that the Newburgh Illuminated festival brings to everyone,” he says.  “I just love being behind the camera capturing memories.” Kudos, Mr. Marrero. 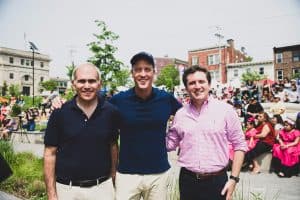 As observed from the stage by state assembly member Jonathan Jacobson, “People are talking about Newburgh coming back. But Newburgh has already arrived!” And for thousands of visitors, last Saturday left no doubt: There is nowhere else like Newburgh, New York.