As Newburgh continues to awaken and rise, regaining its mojo as one of the world’s finest places, the community’s assets have caught the eye and won the heart of one of our time’s world-renowned placemaking experts.

Growing up in Atlanta with an artist and art teacher for a mom and an engineer/maker for a Dad, Ed Manner knew early on that he wanted to spend his life creating beauty. At 17 he headed north to the Fashion Institute of Technology, where he was an award-winning student, and worked a few years in the rough and tumble of Seventh Avenue, ground zero of the New York fashion industry. 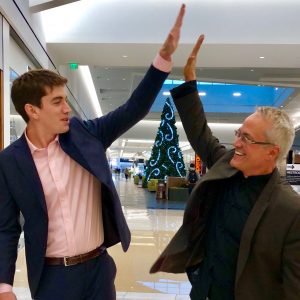 Rob Madsen and Ed Manner of Edison Project. In the background is a Christmas themed installation they designed and installed.

Placemaking, a field of design in which the canvas is far larger than a garment

A few years there was plenty, and when a job offer came to help with the exhibition redesign of the Central Park Zoo, Ed jumped at it and never looked back, embracing a field of design in which the canvas is far larger than a garment. He rubbed elbows with world-class talent on the $35 million redesign of the zoo, and then at the American Museum of Natural History.

“It was inspiring, transformative and instructive,” he says. “The zoo exhibits were crumbling, and we created an innovative design that showcased the animals and the lush horticultural displays.” It was his first venture into what’s today called “placemaking,” and it wouldn’t be his last.

His next gig was back in his hometown, where he was hired to design and create a holiday installation for an upscale mall. (The mall kept the piece as part of its decor for the next two decades,)  That project led to a job with Gordon Becker’s Becker Group, the company responsible for designing and crafting Santa’s headquarters in malls and marketplaces all over the Globe.

Working at The Becker Group

The Becker Group had been making places look a lot like Christmas since 1953; they had a stable of Santas in their employ, and were responsible for creating bigger, more impressive seasonal displays every year.  Ed became an expert. “I learned a lot from Gordon about designing to draw a crowd and set a mood,” he says. “I got a lot of experience creating and producing major installations, managing teams of artisans, designers, and client service people.”

After fifteen years on the road, having worked in commercial real estate design in more than 22 countries and cultures, Ed was ready to establish his own base of operations in New York, where he began deploying his expertise in experience-based programming as co-founder and CEO of Edison Projects, working at the intersection of innovative design, experiential marketing, and philanthropy. 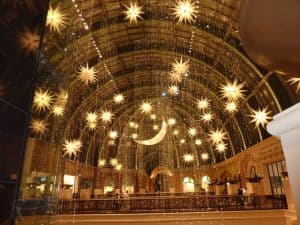 An Edison Project Installation in an Abu Dhabi mall

“Thomas Edison invented the industry of invention,” Ed says. “His many companies attracted the brightest minds worldwide to invent in a collaborative culture. We named our agency based on this approach. We located our agency in Newburgh, New York because of its role in informing the lighting of our nation’s public places and eventually the world at large.”

The home-schooled inventor who would be recognized as The Man of the Millennium oversaw the creation of the Montgomery Street Station, which would make Newburgh the second electrified municipality in New York State and one of the first on the planet when it went online in 1884. Three years earlier, an Edison employee had brought electric lighting to James Harrison’s Newburgh woolen mill, the first mill in the world to  use an Edison electric system.

A Heritage of Innovation

To Ed, that heritage of innovation — and a powerful resurgence of art, culture and industry that was once dominant and now is no longer dormant — makes Newburgh a wonderful location for Edison Projects, with its global reach and focus on design that is a lot more than just skin deep, working on place-based loyalty strategies for philanthropic, commercial and municipal clients.. 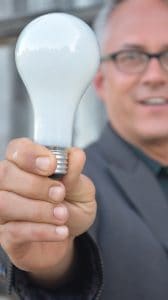 Thomas Edison, one of the world’s original placemakers famously lit America’s public places, one of the earliest of which was Newburgh, N.Y. which he electrified.

From Newburgh and Manhattan, Ed continues to design for leading national and international property development firms. Clients have ranged from the developers of Dubai’s Downtown – including the Burj Kalifa tower and The Dubai Mall – to Sung Hung Kai Properties, operators of more than 50% of the public/private commercial properties in Hong Kong.

Placemaking is a multi-faceted art, and doing it right involves a great many moving parts; key to the entire process is identifying and enhancing the existing assets of a community, and Newburgh offers this globally known placemaker and master of “content-rich design” plenty to work with.

The Romance of Newburgh

“Newburgh, N.Y. romanced me, personally and professionally,” he wrote in a blog entry about a  trip to Hudson Valley Farm and Flea at Motorcyclepedia. “Everyone was friendly. Everyone spoke to each other. We smiled. In celebrating the Hudson Valley farm-to-purchase entrepreneurial spirit, everything felt local and was. Passions like a green mindset, our veterans, fine crafts, home crafts, upcycling, pet adoption, and small batch consumables were all present.” 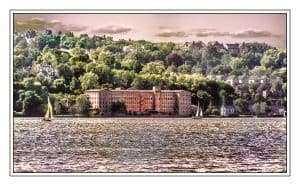 Like many other “makers,” Edison Projects calls The Regal Bag Building “home.”

A Guest Speaker At The Renewable Energy Conference

At the inaugural  Crossroads of the Future “Smart City, Smart Region” renewable energy conference, happening at the Ritz Theatre from June 17-21, he and Rob will present “Thomas Edison – Innovation and the Promise of Newburgh,” one of the highlights or what’s sure to be a lively week.

Check out the conference schedule, which is packed with intriguing topics and thought leaders bent on helping Newburgh rebuild its brand as a center of innovation and good living. Newburgh as a model of sustainable community and resurgent creativity? Now there’s an electrifying thought.