Queen of the Hudson Concert Series 2016 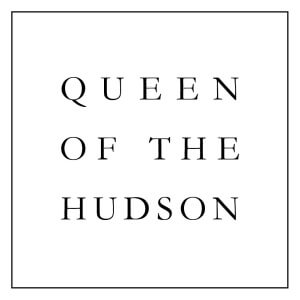 The Queen of the Hudson concert series 2016 offers chamber music lovers classically inspired, world-class performances within an intimate setting in the heart of the City of Newburgh.  The venue was launched in 2011 by David Ludwig and had its initial performances at conceptual artist, John Delk’s loft on Chamber street until 2015 when “Queen of the Hudson” established its current location at Atlas Studios.

Newburgh is known for its symphony and chamber music venues, and Mr. Ludwig has added his concert series to that reputation.  Thanks to a different and hip approach, “Queen of the Hudson” is broadly appealing.  The venue is located in the transforming, George Washington’s Headquarters-neighborhood, at 11 Spring St, Newburgh, NY which is Atlas Studios’ address. It is the epicenter of the creative resurgence in Newburgh.  The intimacy of the performance space coupled with the energetic, highly skilled, “up and coming” virtuosos, each of whom are highly regarded in premier music circles, completes the dynamic.  Thematic content ranges from Brahms and Debussy to Phillip Glass and other classically derived music.

The 2016 Season begins in April and runs through December with a number of exciting performances scheduled.  The 7:00 p.m., April 30th performance features Tobias Steymans on violin accompanied by Victoria Schwartzman on piano.  They will perform pieces by Debussy, Stravinsky, Prokofiev and Faure.  It will be an uplifting, not-to-be missed experience!

Victoria Schwartzman was born in St. Petersburg and is a recognized, award-winning musician in Europe and the US.  She’s performed at major musical venues throughout the US, and the world, including: New York, Israel, Italy, Austria, Germany, and Russia.  Tobias Steymans was born and studied violin in Germany. Having performed throughout Europe and the US, he is the winner of multiple international violin competitions since 1994 and is a Concertmaster of the Bavarian Radio Symphony Orchestra.  Collectively, Victoria and Tobias’ credentials and passion  make this a memorable event for all who attend.

Queen Of The Hudson Piano

At the core of the “Queen of the Hudson” is a note-worthy, historical piano that is on permanent loan to Mr. Ludwig from Mr. Peter Helm.  Originally a gift to Peter’s great aunt’s mother-in law, Sadie Hawley, in 1888 for her 16th birthday.  The Hawley family lived at 47 Fifth Avenue in Manhattan, which later became the famous Salmagundi Art Club.  The Steinway is an 1888 Model C at 7.5 feet long.  The piano was refurbished in the 1990s and it continues to produce an exceptional sound rarely heard today.  This Steinway was a favorite of early music impresario, Albert Fuller who moved it to Carnegie Hall for many of his performances.  The “Queen of the Hudson” is honored to have this piano and is happy to share it with its performers and the public.

Mr. Ludwig, a musician himself, has worked for numerous music and artistic venues in NYC including Bargemusic, a classical music venue and cultural icon in Brooklyn.  This experience has provided him with production know-how and access to an exceptional talent base.  He truly has his finger on the pulse of the category and is able to draw top caliber musicians to his venue.  David Ludwig’s fluid personality and broad-based, community-building interests embrace all who are interested in music and the revitalization of the City of Newburgh.

“Queen of the Hudson” audiences are typically composed of cross-generational and cultural aficionados.  It’s common to see neighborhood children, relocated artists, longtime Newburghers, and the performing musicians enjoying great music and conversation over food and drink prepared by local restaurants, chefs and brewer and wine shops.  It’s fair to say the “Queen of the Hudson” embodies the spirit of the new Newburgh while providing the classic night out on the town.

Come and experience a great time and a sample of where things are going in the City of Newburgh, our own queen city on the Hudson!