Reshoring in the United States

United States Companies have begun to bring their manufacturing services back home in a process known as reshoring.

Top companies like Wal-Mart and Brooks Brothers used to manufacture overseas in locations like China and Taiwan and then sell their products in the United States. However, in the last five years, there has been a decline in sales with most companies because of offshore variables: inventory carrying costs, travel costs and a rising increase of wages in foreign countries. 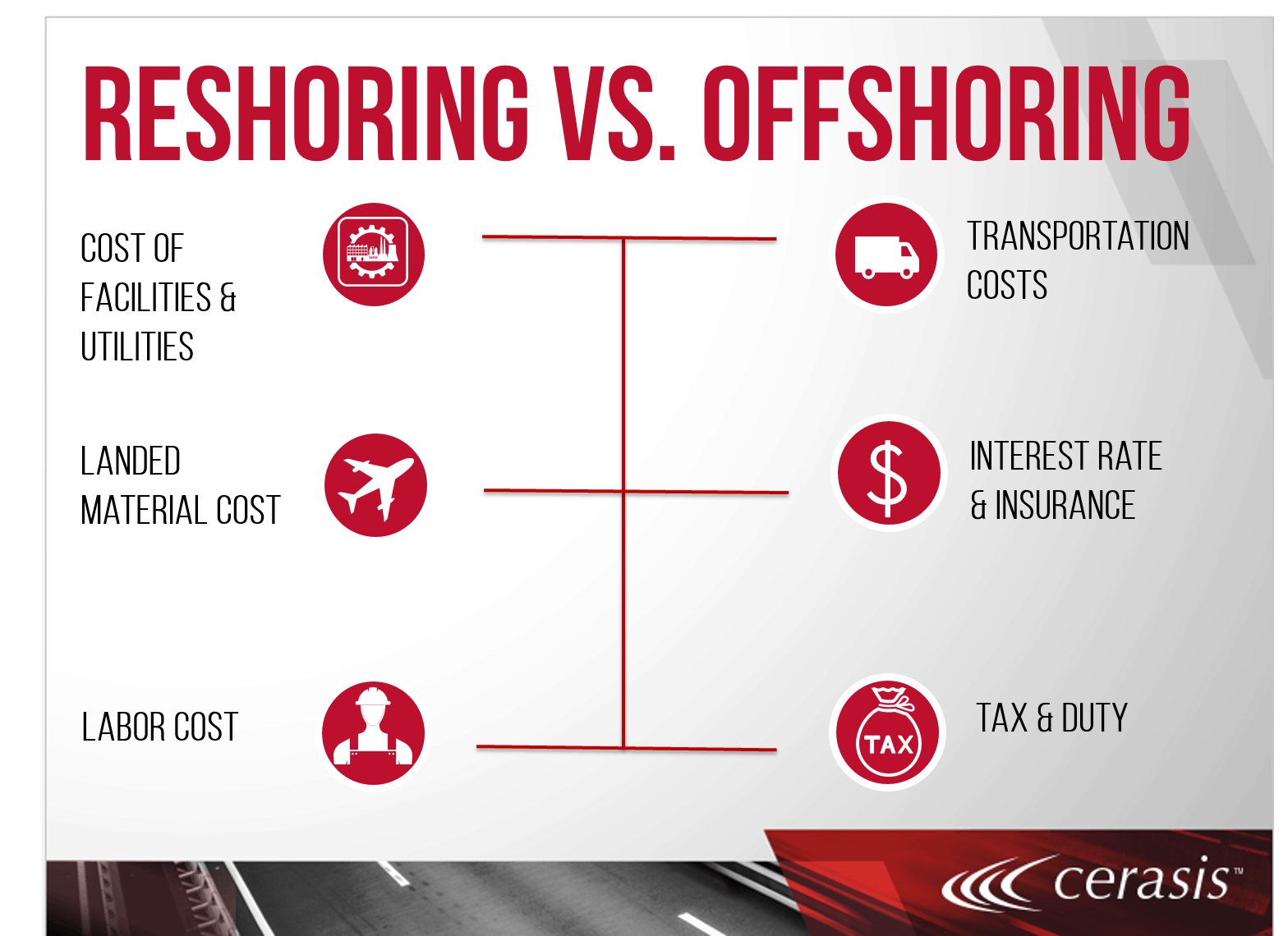 Founded in 2010, The Reshoring Initiative –bringing manufacturing back home –is an online resource dedicated to showing the benefits of reshoring. According to the company’s website re-shoring is “a fast and efficient way to strengthen the U.S. economy because it helps balance the trade and budget deficits, reduces unemployment by creating good, well-paying manufacturing jobs and fosters a skilled workforce.”

Companies have realized the benefits of bringing their businesses back home: a skilled workforce, local tax incentives, improved innovation and product differentiation.

Hundreds of companies have benefited from reshoring and created hundreds of thousands of jobs for unemployed Americans. The top three re-shoring industries electrical equipment/appliance, transportation equipment and manufacturing, and apparel have all seen a rise in sales (reshoring research study). Some notable companies have been GE aviation, Walmart, Hubbardton Forge and Zentech. 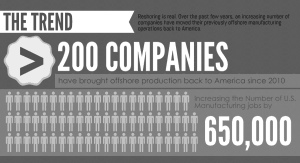 The benefits of Reshoring

At all of their operating sites, the company has created a little under 2,000 jobs and expanded their revenue. Since they moved their manufacturing in 2013, the company has seen a 36 percent improvement with inventory and delivery problems. In every state they manufacture, the company created a skilled and creative workforce through an extensive training program and eliminated the language barrier (Reshoring Case Study)

Hubbardton Forge is a manufacturer of decorative, handmade lighting fixtures; a small to the midsize manufacturer with 1,000 base products and 40,000 different configurations and customizations. The company identified a problem and realized they were focused on the unit price and not the total cost of the product. They then decided to connect with the Reshoring Initiative and use their TCO (Total costs of estimate) calculator, a tool that shows a company if a product should be reshored. The calculator showed that they were spending four times as much for products under a pound. The company then adopted a new way of thinking and would manufacture their lightest products in the United States, but would continue to off-shore for their heavier products until they see additional reports (Hubbardton Forge Case Study)

Zentech, an electronics company, began to notice that the cost of living and wages in China were rising. They also began to receive cheap counterfeit products; a risk most companies live with when you manufacture in foreign nations. With two notable factors it no longer made sense to have such a long difference between where the products were manufactured and distributed. By transitioning all of their manufacturing to Baltimore, Maryland increased jobs and made a more quality product. (Zentech Case study)

With tens of thousands of manufactured products, Walmart decided to bring over 30 manufacturing plants (mostly in China) back to the United States. As part of their Walmart Initiative, their goal is to create over 300,000 jobs and U.S manufactured purchases by 2023. Vice President of manufacturing at Wal-Mart, Cindi Marsiglio, is dedicated to staying a reshoring company (Walmart Case Study) 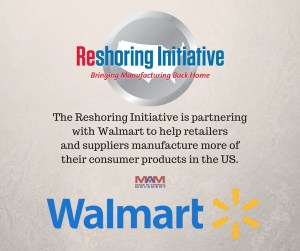 Walmart is a major supporter the reshoring initiative

“When Walmart committed to buy an additional $250 billion over 10 years in products that support American jobs, we knew we could also play an important role as facilitator and accelerator,” said Marsiglio (Business Wire)

By bringing their manufacturing plants back to the United States the company created jobs, lowered shipping costs, and accelerated supplier efforts. By having a loyal workforce that could quickly learn the training program, Walmart has improved their sales and increased public relations by inspiring other companies to highly consider reshoring.

Reshoring is happening, but is this the future for American companies? Dozens of cases demonstrate that reshoring strengthens the economy by creating jobs, reducing income inequality, and helping to balance trade and budget deficits.

But the picture is complex, and not a one size fits all image. For instance,  B-school professors, such as those at Wharton, like Professor Morris Cohen, and the MIT Sloan review of business warn that a skills gap and stabilizing the workforce are factors not to be discounted, and future isn’t bleak, but at the same time  the picture isn’t always rosy!

We’ll be following trends here, and we are grateful for the data, case studies, and information we relied on greatly to produce this article found primarily at Reshorenow.org, a non profit whose mission it is “to help manufacturers recognize the profit potential of utilizing local sourcing and production.”