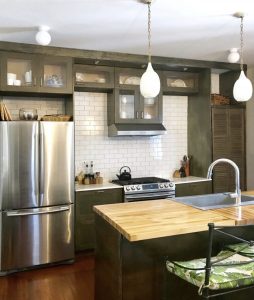 Ever daydream about living in a gorgeously reclaimed brick Victorian?

Newburgh’s historic East End has inspired thousands of such dreams, but many have been dashed on the rocks of reality: asbestos and lead mitigation don’t come cheap, nor do plumbing, wiring and in some cases plastering.

When navigating the ins and outs of a new city, be it the permitting and inspection process or the neighborhood dynamics, the journey can be daunting.

“We had to develop a base of relationships and knowledge based on very specific local challenges” says Elizabeth, who worked in health care marketing for a quarter-century.

Still, for the patient, the reward can be huge: a lovely home with stately architectural details in a walkable, resurgent city alive with good people, food and art.

How one gets from point A (interest) to point B (ownership) is the rub that can become a sticking point.

Lots of investors who see a low price tag on a vintage beauty find themselves faced with a challenging road that begins once the contract is signed.

That’s where Dwellstead can help.

Dwellstead expands the art of the possible

The brainchild of people who have traveled this road before, Dwellstead’s reason for existence is to put “the shine back into these diamonds” responsibly, economically, and with style.

When it comes to renovating a historic Newburgh home and making it a livable, energy-efficient residence, Elizabeth Vega-Lebron and her husband Michael Lebron believe they’ve blazed a trail they can help others follow and are confident their renovation business and lessons learned can help others.

Learning renovation and building skills on the Lower East Side

The couple lived on the Lower East Side of Manhattan for decades, glorying in the fun of Max’s Kansas City, Fillmore East, and The Mudd Club.

Michael, an artist and former advertising agency creative director with construction skills, put those skills to use renovating industrial space into artists’ lofts in lower Manhattan’s in the heady days of cheap real estate and big spaces begging for conversions.

“Almost all loft living was illegal, but the industry had moved down south and artists needed cheap living space, so landlords would look the other way.

“We did about a dozen of those,” he recalls.

By 2000, the couple bought a dilapidated farmhouse in Cochecton, prompting some to wonder if they had lost their sanity entirely.

A dozen years later, they put the now beautifully remodeled and energy-efficient farmhouse on the market and saw it sell in eight days for 58 percent more than they had paid to acquire and renovate it.

“People want to resettle and live off-grid and at first they look, as we did, at properties in the boondocks,” says Michael.

“But what’s the point if you have to get in the car and drive everywhere? We realized we wanted a walkable large town or small city.

And it makes sense to keep working with what exists; the greenest buildings are the ones where you can rescue what’s usable and go from there.”

The Team takes on Newburgh

Elizabeth says the Lander Street property they helped her sister acquire and renovate is a fine example of the art of the possible.

The 3,200 square foot 1890 brick had been partially renovated 15 years earlier by a contractor who turned tail and ran mid-project.

It is located on what many considered a chancy block, although not terribly far from the rising corridor of neighborhoods around Liberty Street.

The building had substandard plumbing and the building was sagging about an inch where someone had cut a support beam.

A central hall that had been overtaken by mold and the commercial space on the first floor presented financing challenges.

Finally, the lot next door, which came with the property, was an epic junk pile featuring, among other things, a dozen rusted-out vehicles and a 22-ton mountain of bricks.

But the brickwork was lovely and the upstairs windows had already been replaced.

Elizabeth — an MBA — had learned an enormous amount about real estate finance in the effort to help her moderate-income sister secure the property.

To successfully make the place over, she then plunged herself into the thicket of regulations, permitting and inspections involved in getting the work done.

Besides becoming experts in handling the powers that be, the team developed through trial and error a trustworthy array of contractors.

As for eliminating the adjacent junkyard, that was a matter of finesse.

“We thought the city would take the junk, but it turned out it all belonged to one guy that everyone called ‘Uncle Mike that nobody dared approach,” says Elizabeth.

Some recommended involving law enforcement, “but you can’t just barge into a neighborhood that way.”

Instead, they got to know Uncle Mike. Elizabeth’s sister hired him for odd jobs. Elizabeth helped find buyers for used brick. Michael (“he can be gruff when it’s required,” says Elizabeth) continued to make it firmly but politely clear that the mess must go.

Underlying issues were brought to light and dealt with; it turned out that Uncle Mike was something of a hoarder, and some of the junk had emotional strings attached. But now, “he’s relieved to have it gone,” says Elizabeth.

“And he’s become a wonderful friendly neighbor who brings my sister fresh veggies. We went from ‘why did you have to go and buy this’ to that kind of relationship.”

A home of their own

The couple then rescued themselves a home, this one a three-story Liberty Street townhouse.

It needed gutting and had a list of challenges longer than the Lander Street building.

Michael’s construction and contracting skills (“My grandfather was a Polish immigrant who could dig a hole in the ground and build an entire house by himself”, he says) came to the fore as they determined that this would be a net-zero-energy retrofit.

“I asked local architects what it would cost to meet that standard and one said $180-240 a square foot,” Michael says.

“How do you do that in a city where the maximum sale price is $135? You’d be underwater immediately. So doing this is politically correct but so expensive only the elite can do it?”

But partnering with Wayne, a Cooper Union classmate who had gone on to Harvard and had decades of experience in alternative energy and green building construction and management, opened up the possibilities.

The rest of that part of the story is told on Dwellstead’s website:

“Baseline EUI (Energy Use Intensity) for this type of building is 58.2. We have a tentative EUI of 14.23 which exceeds the AIA challenge of 17.5, and we did it for less than $100 in construction costs. All-in brings it up to $120 a sq ft, and net, after historic tax and energy-saving credits brings it back down to $105 sq ft.”

“While it is built up to and beyond LEED (leadership in energy and environmental design) and other standards,” says Michael happily, “we do not want to pay the costs associated with certification: the certification that matters is when we get our heating bill and it’s 15 to 20 percent of similar buildings.

Last year we spent $530 on heating for the whole season, November through March. And we’re going to do better this year; we fixed the leaky front door.”

When the couple first began their Newburgh operations in the mid-teens, there was something of a pre-existing movement happening, says Elizabeth.

“There was already a foundation of people that had moved up here and ridden out years of ups and downs.

“I think we arrived at an exceptional moment and rode a wave — Judy Kennedy was an effervescent and inspiring mayor who did things like found Newburgh Illuminated.”

“Now, even with Judy being gone (Mayor Kennedy died of cancer in 2018) people are partnering and working on different projects. People come here with many different ideas and many talents to add to what’s always been a remarkable place.”

If you’ve got a Newburgh dream that you’re half afraid of, Dwellstead will help you locate a viable property, sort out financing, prioritize what needs doing right now and what can wait.

They’ll show you what will add the most value and what to leave alone, and do it all within the codes and guidelines of the city’s historic East End.

They can help you identify structural and energy elements in creating your design, shepherd you through the thickets of energy-efficiency, historic and other tax credits, give you access to their vetted network of craftsmen, electricians, plumbers, masons and jacks-of-all-trades, and more.

“It’s not perfect, it’s messy, and we’re still figuring it all out,” Elizabeth freely admits.

“But even when people hear ‘don’t even try it’ about a property, we’re more inclined to say go take a look and see how you feel and we can work backward from there, triage the job, get you the certificate of occupancy so you can live in it, generate income and do more as you go along.

What you ultimately get is — there’s nothing else like it and no other way on earth to get this kind of a home.” 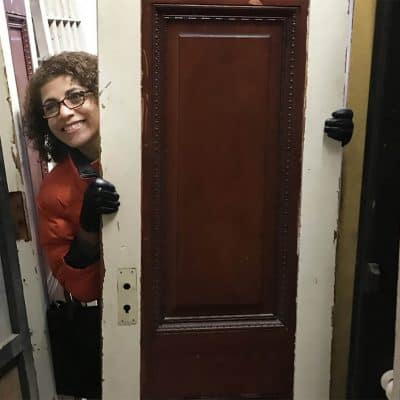 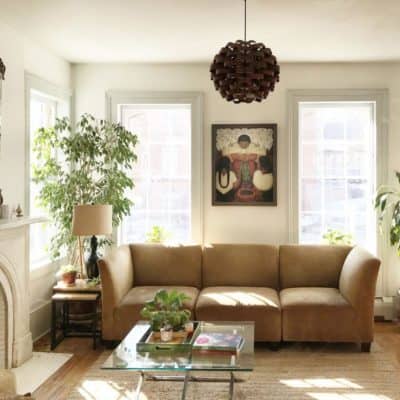 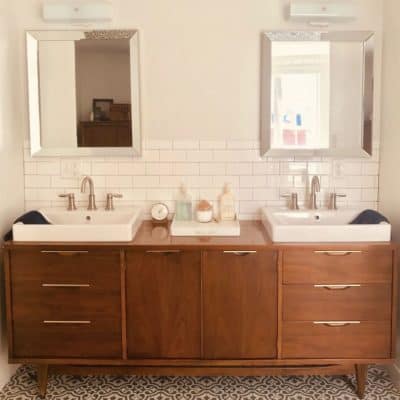