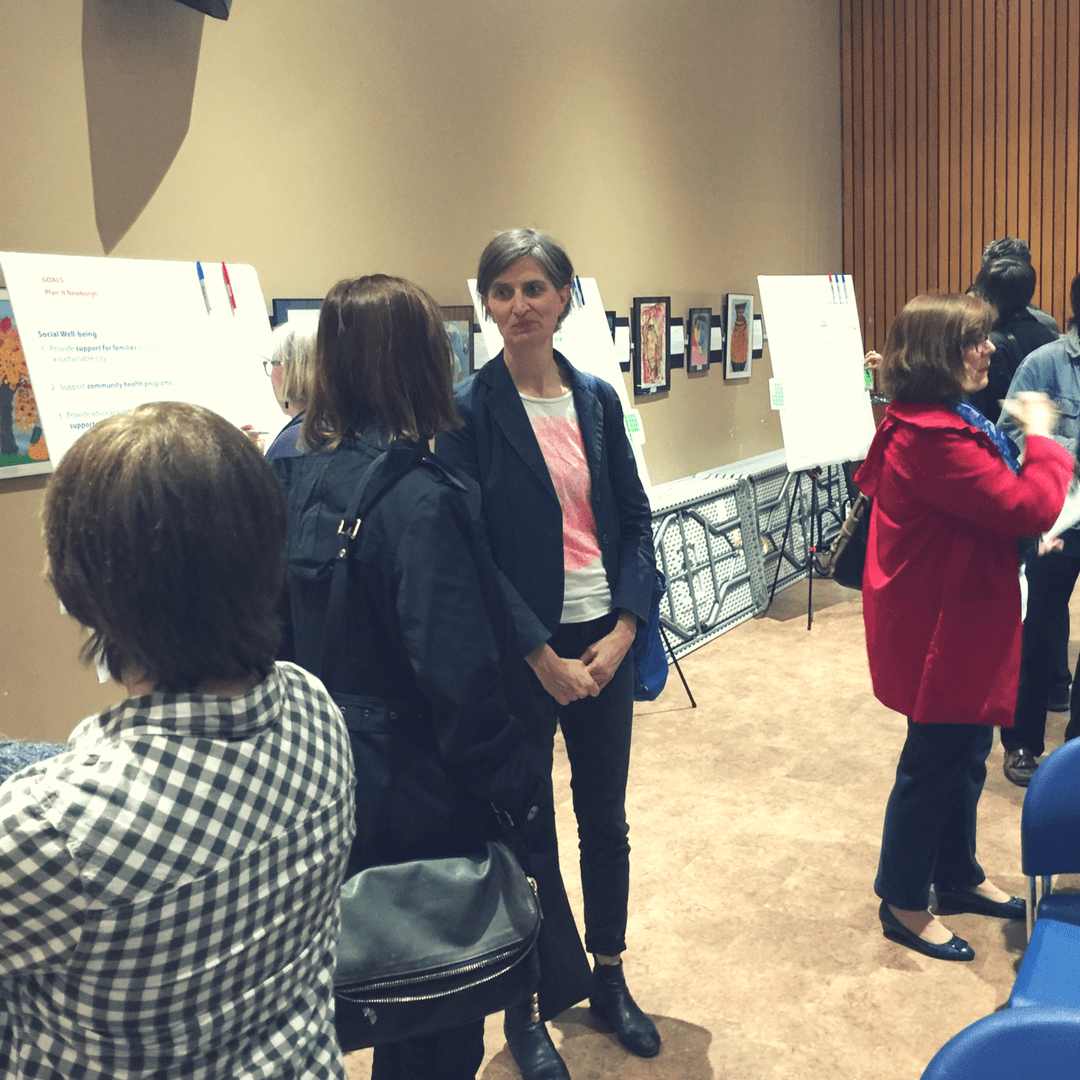 Over the last month via social media, the City of Newburgh website, and other press outlets, an open call invited the public to a 7:00 p.m. “Vision Planning” meeting in the second-floor conference room at the Newburgh Public Library.

The stake holding public is being asked to participate in a series of sessions (a total of three evenings) where deep-dive studies will be conducted to understand the city’s needs from a user experience, stakeholder perspective.

Tacit is the hope that bottom-up, stakeholder buy-in will more successfully result in consensus over the fate of Newburgh for its long-term Comprehensive Plan’s future. Proposals delivered in a top down fashion will likely not create the sense of ownership that was clearly at the heart of last night’s meeting. 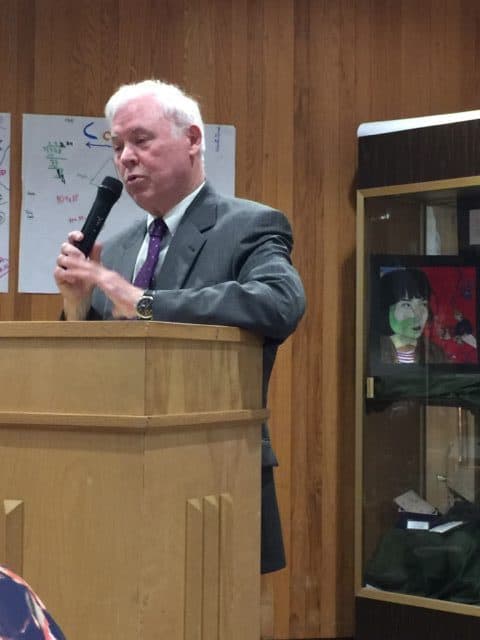 According to the organizers, during these strategy sessions stakeholders will have an opportunity to articulate their opinions about what the important long-term objectives and goals of the city should be.

The opportunity for the public to have their voices heard was emphasized over and over again as presenter Frank Fish, principle and founder from BFJ planning (an urban design and architecture firm), and others from his firm explained the first evening’s agenda:

Encircling the room were easels with oversized artist sketch pads, Sharpies, and circular green sticky dots for drawing and emphasizing points about the goals listed. 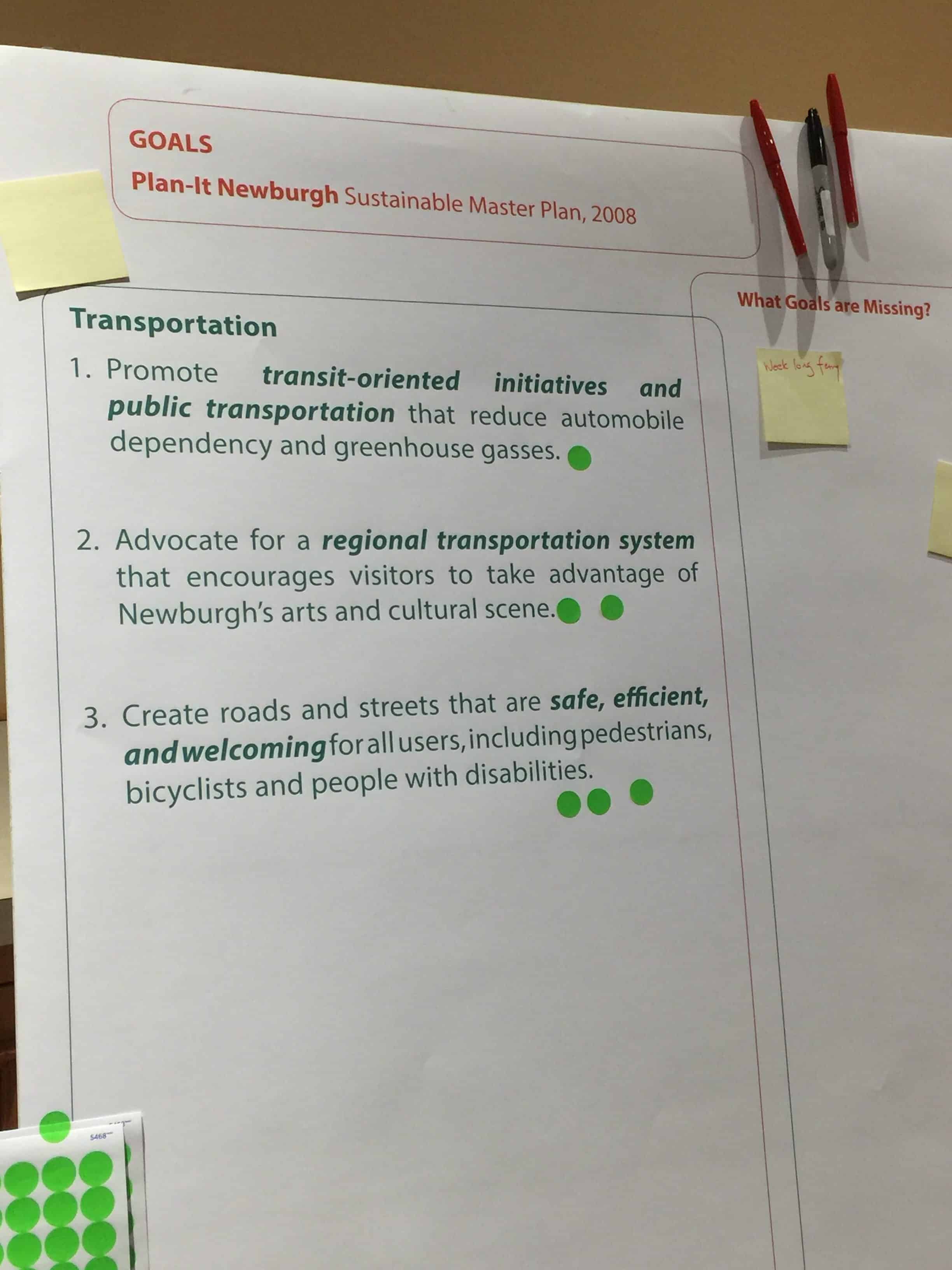 The public was invited to write their comments, agreements, and observations about the 2008 Goals down, confirming or adding to as the case may be.

The descriptive goals come from the 2008 Plan-It Newburgh plan, and the idea last night was to draw people into not only reflecting on the goals and adding their two cents but to do so in the context of some new realities:

The New Mayor Addresses the Crowd

The city’s new mayor, former councilman and current Newburgh Free Academy school teacher, Torrance Harvey, also had an opportunity to introduce himself to the general public. (The city still remains in mourning over the recent loss of Mayor Judy Kennedy). 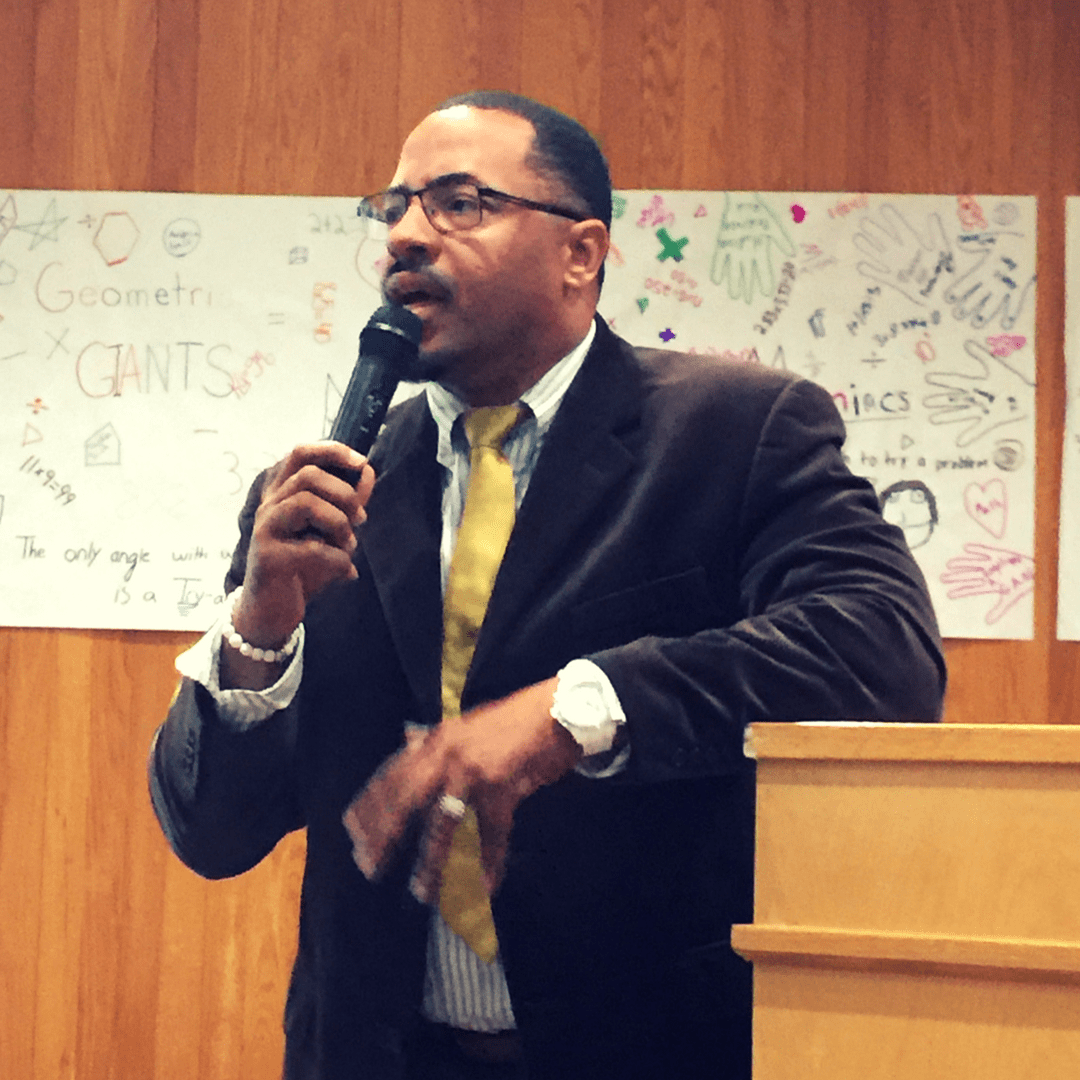 Newburgh’s new mayor, Mayor Torrance Harvey, addressed the group and detailed the evening’s goals from the point of view of the city of Newburgh.

After overviews, introductions, and next steps the crowd was invited to break for coffee, continue to make comments on the sketch papers, and eventually settle back into their seats for a town hall forum where concerns and interests were brought to the floor.

The group in attendance appeared to be wide ranging.

Gathered in the vestibule and in seats were young and old; black, white, Latino; artists, employers, employees; makers, and politicians as well as activists from community groups, and other interested parties such as this writer.

Also present were real estate owners invested in the city both in commercial and residential properties.

The next meeting is scheduled for May 30, 2018 presumably at the same time: 7:00 p.m., at the same place, The Newburgh Public Library.

The objective of the next meeting:

All are welcomed to attend.

For more information a dedicated webpage is available on the city website: here!