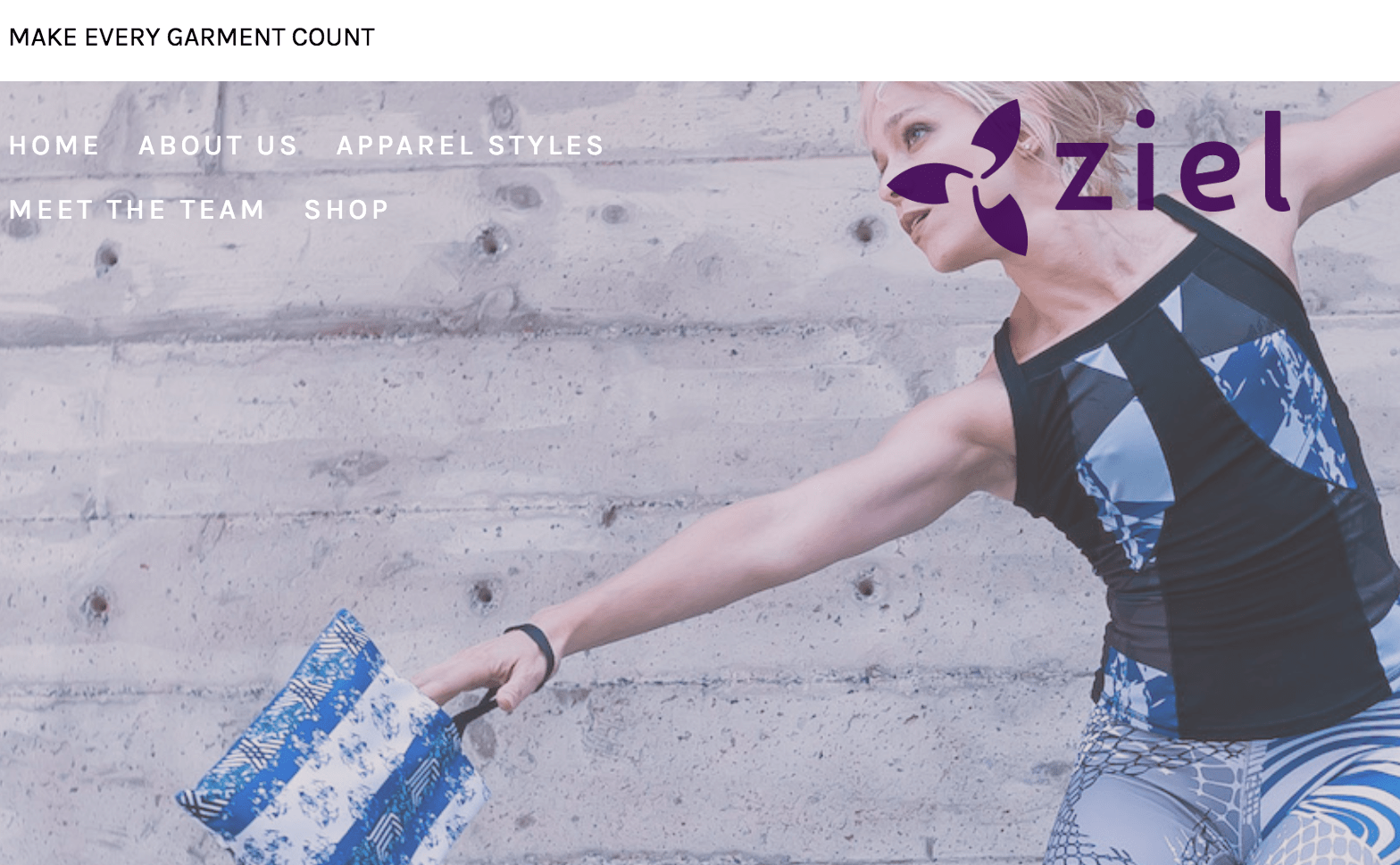 On Friday, June 15th The Orange County Accelerator announced from its New Windsor campus a plan to open its third Accelerator campus, this time in Newburgh, N.Y.

The tenant is textile startup Zielwear. Their website is zielwear.com

On demand manufacturing done by Zielwear

Because they understand the financial realities of small to mid-sized brands and entrepreneurs, Zielwear makes apparel for its clients without demanding a minimum order quantity.

Instead of time to market taking months, the company gets product to clients much more quickly. It usually delivers merchandise in less than 10 days.

Zielwear’s founder and CEO, Marlene Vogelaar, presented to the Board of the Orange County I.D.A., the Accelerator’s funding partner, on Thursday, June 14th.

In her presentation, Vogelaar zeroed in on Ziel’s value proposition:

She is targeting health industry influencers and health-based business owners who must be on or ahead of trend, and also sensitive to millennial social concerns.

Entrepreneurs in this space want and need to be able to respond quickly to shifting consumer tastes in a socially conscious way.

This is why on-demand fashion manufacturing is getting attention. Due to its controls, it eliminates a lot of waste. Due to its local production, it lessons manufacturing’s carbon footprint.

The unique, online Zielwear e-commerce platform makes it possible for influencers and health club owners, as well as food brands, to sell clothing made in small batches, with controlled inventory, on a platform that makes it easy to stock up-to-the minute styles.

After Vogelaar’s compelling presentation, The IDA committed to spending $300,000 to renovate the 14,000-square-foot textile factory located at 605 Broadway.

The former factory becomes the newest Accelerator campus, and for Newburgh is symbolic as it has a history of having been one of the City of Newburgh’s longest operating textile production facilities.

Coats were made on premise as recently as the late 1990’s by the Giordano/Bloomer families who had been involved in textile production in Newburgh since the start of the 20th century, when Newburgh lead the nation as a textile manufacturing hub.

Zielwear is currently manufacturing apparel in the Bronx, New York and Newark. It’s location in Newburgh is expected to be a driver for textile jobs in the Hudson Valley region. The equipment Zielwear will use is provided to The Accelerator by T-SEC, The Accelerator’s frequent funding partner. T-SEC funded the sewing machines and Tukatech CAD Patternmaking platform, both critical to Zielwear’s startup success.